To share your memory on the wall of Mary Moody, sign in using one of the following options:

Provide comfort for the family of Mary Moody with a meaningful gesture of sympathy.

Mary was born September 9, 1926 in Towner, Colorado the daughter of the late Robert E. and Agnes (Balmer) Culver. Mary was born on the family homestead in Eastern Colorado, where her father and grandfather each farmed 160 acres with plow teams. The family lost everything when driven from Colorado by the dust bowl. They settled on a small farm outside Leasburg, Mo., and she later graduated from the nearby high school in Cuba, Mo.

A resident of the Jefferson City area for most of her life, Mary was employed by the Missouri Department of Corrections for over 20 years. She began her career as a secretary and then worked as the administrative assistant to the Warden at the Missouri State Penitentiary until her retirement in 1985. Previously, she had been employed with McGraw-Edison for many years.

Mary was very patriotic and proud of her husband’s service to our country during World War II. She volunteered numerous hours with veteran’s groups because of those passions. Mary joined the Auxiliary of the American Legion, Roscoe Enloe Post 5 in 1991 and served in numerous capacities. She was a past president, served as Chapeau of the Eight and Forty (a prestigious branch of the American Legion Auxiliary) and volunteered with the Harry S Truman Veteran’s Hospital in Columbia representing the American Legion. She was also a member of the Amvets in Rocky Mount, Mo. where she held numerous post and state offices, including past state president.

Family was always the center of her life and she truly cherished being a loving wife, mother and grandmother. When the boys were young, Mary enjoyed fishing float trips on the Courtois Creek, Huzzah, and the upper Meramec River. Later, she and Bill had a cabin at the Lake of the Ozarks where she enjoyed crappie fishing. She took great joy cruising the long cove fishing in the paddleboat with Rosie, her beloved Shih Tzu. Some of her favorite memories were supporting and attending her sons' sporting events. Later in her life, she took great pleasure in being with and spoiling her grandchildren.

She was preceded in death by her husband of forty-six years, Bill; one brother, Robert Culver; and one sister, Katherine Pierce.

Funeral services will be conducted at 1:00 p.m. Monday, June 10, 2019 in the Freeman Chapel with celebrant Gara Loskill officiating. Graveside services and interment will be held at Riverview Cemetery.

To send flowers to the family or plant a tree in memory of Mary V. Moody, please visit our Heartfelt Sympathies Store.

Ryan, Melissa, Owen, & Ava and The Coniglio Family have sent flowers to the family of Mary V. Moody.
Show you care by sending flowers

Posted Jun 11, 2019 at 08:40am
What a wonderful neighbor. What wonderful memories. Bill and Mary lived next door to us at the Lake of the Ozarks many years ago. Our son was preschool age at the time. His relationship with Mary continued to grow to the point that he would check out what the Moody's were having for dinner and then check to see what was being served at home. Where he ate dinner was chosen by which food sounded best to him. Many times he ate with the Moody's. Mary was like having an extra Grandmother next door. My sympathy goes out to Mary's family. She was just the best. Susie Curtit Eidson
Comment Share
Share via:
BF

Posted Jun 10, 2019 at 09:40pm
We are very sorry for your loss. We remember your Mom and Aunt Katy from back when we lived next door on Dunklin Street. Blessings to all of you. Betty and Dan Fast
Comment Share
Share via:
FO

Posted Jun 09, 2019 at 10:22pm
Mike and Jim, the death of a parent is one of the toughest losses any of us will know. Warmest condolences.

Posted Jun 09, 2019 at 08:47pm
Dear Mike & Susie and Jim Susan,
Condolences in the loss of your dear mother. May prayers help you through this difficult time.
Dana Henson Zimmerman
Comment Share
Share via: 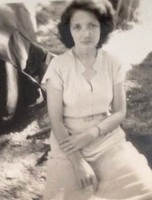