To share your memory on the wall of Mauda McGeorge, sign in using one of the following options:

Provide comfort for the family of Mauda McGeorge with a meaningful gesture of sympathy.

Mauda grew up in Campbell, Mo. and was proud to be crowned the first “Peach Queen”. She graduated from Campbell High School and went on to earn a bachelor’s degree in home economics from the University of Missouri in Columbia, Mo.

She possessed a strong faith and was a member of Grace Episcopal Church in Jefferson City. She also volunteered her time helping out with the Newcomers Group and X Club.

Mauda cherished time with her family, especially traveling and fishing with them. Some of her favorite family trips were to the state of Michigan when her kids were younger. During her free time, she was an avid bridge player and loved fishing at the Lake of the Ozarks.

She was preceded in death by her parents; two husbands; a great-granddaughter, Leilani Decker; and a step-daughter, Loisa McGeorge.

A memorial service will be conducted at 11:00 a.m. Saturday, January 12, 2019 at Grace Episcopal Church with the Reverend Ian Lasch officiating. A visitation will be held immediately following the service in the fellowship hall of the church.

To send flowers to the family or plant a tree in memory of Mauda R. McGeorge, please visit our Heartfelt Sympathies Store.

Receive notifications about information and event scheduling for Mauda

We encourage you to share your most beloved memories of Mauda here, so that the family and other loved ones can always see it. You can upload cherished photographs, or share your favorite stories, and can even comment on those shared by others.

Your Commerce Bank Family, The families of Lloyd McGeorge, and others have sent flowers to the family of Mauda R. McGeorge.
Show you care by sending flowers

Guaranteed hand delivery by a local florist
Posted Jan 11, 2019 at 11:17am
Dan and Family, Wes and I are so sorry for your loss. Mauda was a very sweet lady and I have enjoyed the Daisy she passed on to me.
Wes and Renee Walker
Comment Share
Share via:
TS

Posted Jan 10, 2019 at 04:31pm
Dear Richard, Dan, and Jamie:
I was very sorry to hear about your mother's death. She was such a gracious and accomplished lady. I don't know if you are aware that she was our first female Junior Warden at Grace Church, and was one of the very best. It was obvious to me that your grandmother's role model was a great influence on her life. I am sorry that I will be unable to attend the memorial service on Saturday, since we are in Florida until the middle of February. Do know that my love, thoughts, and prayers are with your entire family. Harv Sanders+
Comment Share
Share via:
YF

The families of Lloyd McGeorge

Posted Jan 10, 2019 at 02:26pm
With loving memories of Aunt Mauda and our prayers and blessings to her family.

The families of Lloyd McGeorge purchased flowers for the family of Mauda McGeorge. Send Flowers 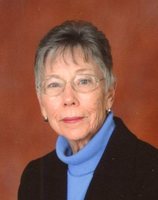 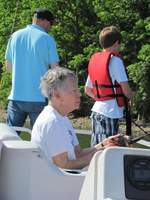 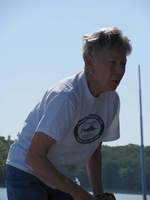 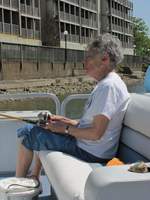