To share your memory on the wall of Max Hedglin, sign in using one of the following options:

Print
Mr. Max Hedglin, 92, of Jefferson City, Mo., passed away peacefully on Wednesday, February 10, 2021 at home with family by his side.

He was born on August 26, 1928 in Hudson, In., the youngest son of Henry Arthur and Emma Lucille (Stayne... Read More
Mr. Max Hedglin, 92, of Jefferson City, Mo., passed away peacefully on Wednesday, February 10, 2021 at home with family by his side.

He was born on August 26, 1928 in Hudson, In., the youngest son of Henry Arthur and Emma Lucille (Stayner) Hedglin.

Max graduated from Salem Center High School in Indiana. After graduation, with his mother’s permission and signature, Max enlisted in the United States Army in 1946 at Camp Adderberry. He served in the 1st Battalion United States Army Special Forces, this group of soldiers would later be known as “The Green Berets”. Throughout his military service he did three tours in Korea, served seven years in the Philippines and was stationed at Ft. Lewis, Ft. Bragg and finally Ft. Leonardwood. While serving at Ft. Leonardwood, Max decided to go out in Jefferson City, Mo. where he saw a pretty girl getting down on the dance floor. True to form, he played a practical joke on her and, long story short, Anna Jeanette Thompson became his wife on January 11, 1958.

After he was honorably discharged from the Army, Max began working with Kaw Transport. He worked there as a truck driver for many years until he retired in 1973.

Max was a man of strong faith and he and his wife were members of Trinity Lutheran Church. He enjoyed being outdoors and was very particular about keeping his yard manicured. He even went so far as to call his lawnmower “the Cadillac” and giving the grandkids a ride on “the Cadillac” became a family tradition. He had a green thumb and maintained a large garden. Max was proud of his walnut trees and enjoyed harvesting the walnuts when they fell and spent a lot of cold winter days cracking them open to enjoy his crop. In their younger years, Max and Jeanette loved to go dancing and fishing and continued to travel throughout their lives. Max held no name more important than “Papa”. His grandchildren were his pride and joy and any time spent playing with them, teasing them or just sitting to share stories and memories was time well spent.

He was preceded in death by his parents, his wife, Jeanette on February 9, 2013; five sisters; and four brothers.

Visitation will be held at Trinity Lutheran Church from 10:00 a.m. until 11:00 a.m. Friday, February 19, 2021. The general public is welcome to attend the visitation while following social distancing guidelines and wearing masks.

Funeral services will be conducted at Trinity Lutheran Church at 11:00 a.m. Friday, February 19, 2021 with the Reverend Samuel Powell officiating. Private interment will be held at Hawthorn Memorial Gardens.

A webcast of the funeral service will begin at 10:45 a.m. for friends that are not able to attend by going to his memorial page on Freeman Mortuary’s website. Friends may mail sympathy cards to the funeral home or leave condolences online to be given to his family.

In lieu of flowers, memorials are suggested to Trinity Lutheran Church, or to Central Missouri Hospice, 1001 Southwest Blvd, Suite A, Jefferson City, MO 65109, noting in memory of Max Hedglin.

To send flowers to the family or plant a tree in memory of Max Hedglin, please visit our Heartfelt Sympathies Store.

Receive notifications about information and event scheduling for Max

We encourage you to share your most beloved memories of Max here, so that the family and other loved ones can always see it. You can upload cherished photographs, or share your favorite stories, and can even comment on those shared by others.

Posted Feb 18, 2021 at 03:56pm
Warm condolences to the Hedglin family.
Max and Janie Hedglin, we are here if you need anything.
Love, Brad and Becky

Posted Feb 15, 2021 at 03:01pm
Sincere condolences to the family of "Uncle" Max. None of you will probably remember me, I was Eloise Trotter, daughter of Bud and Ella. My father was the uncle of all the Thompson kids of Richard and Agnes. But I grew up thinking Skeeter, Butch, Dink and the rest were uncles and aunts because of the age difference. I remember Uncle Max as always having a bi smile on his face. His obit was very interesting! I never knew he was in the Special Forces! I'll bet he had a lot of stories to tell. So, to Uncle Max, Hail and Farewell! And peace, comfort, and good memories to all he left behind. Elle Campbell, Russellville, MO
Comment Share
Share via:
HS

Flowers were purchased for the family of Max Hedglin. Send Flowers

Posted Feb 12, 2021 at 07:50pm
So sorry for your family's loss, he was a wonderful man and neighbor. Brenda, Denise and Tina sending prayers and hugs. Love you all. Charry Cardwell White, let me know if you need anything.
Comment Share
Share via:
HS

Flowers were purchased for the family of Max Hedglin. Send Flowers 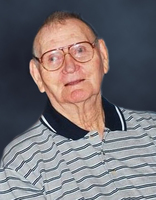