Obituary for Michael A. Glavin 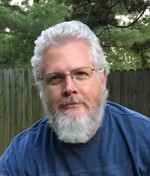 Michael Anthony “Mike” Glavin, age 58, of Holts Summit, Mo., passed away peacefully with his loving family at his side on Sunday, January 23, 2022 at SSM Health St. Mary’s Hospital.

A lifelong resident of the central Missouri area, Mike was employed at Harry S. Truman Veterans Hospital for 25 years. He began as a paramedic at Charles E. Still Hospital in 1985. He then went on to be a respiratory therapist, then cath-lab technician. He transferred to Harry S. Truman Veterans Hospital and worked his way up their organization to proudly serve as their American Federation of Government Employees Union President, of which he was a proud member. There, Mike was a true advocate for the employees who needed someone to fight for them. To Mike, working was more than just being there, it was building relationships and friendships that would last him a lifetime.

Mike had a close relationship with Jesus and he was a member of Calvary Assembly of God for over 20 years. He loved to serve his church in many capacities including: deacon, head of security, running sound equipment, and was also a youth pastor. Mike was often the first to arrive and the last to leave. He was more than just a faithful member of the church; he was a true friend of the pastors. Always ensuring they were thought of, taken care of, and supported. He was generous with his time and energy and truly loved serving others.

Mike had many interests and hobbies including: guns, cars, motorcycles, politics… and Chinese food. He was a certified YouTube mechanic and would always repair his own vehicles. Mike loved to talk, and was famous for his “one-liners” that never failed to make everyone laugh. Mike could often be found watching old westerns and documentaries, and was extremely passionate about finding good deals. He loved weekend family trips to Hermann and would often take motorcycle rides with his friends there as well.

Most of all, Mike cherished the time and memories that he made with his family. To Mike, family always came first, especially his 15 grandchildren.

Mike was preceded in death by his parents; two brothers, Roy Weissenbach and John Glavin; and one sister, Theresa Glavin.

A Celebration of Mike’s life will be held at 10:00 a.m. Saturday, January 29, 2022 at Calvary Assembly of God with the Reverend Jeff Higbie officiating. Graveside services and interment will be held at Hawthorn Memorial Gardens.

Mike’s service will be live-streamed at 10:00 a.m. Saturday through Facebook by friends going to the church’s Facebook page, Calvary Assembly of God Jefferson City, Missouri.

In lieu of flowers, memorial contributions are suggested to Calvary Assembly of God, 704 Rock Hill Road, Jefferson City, Mo. 65109. Online contributions can made at www.calvaryagjc.com