To share your memory on the wall of Nita Allen, sign in using one of the following options:

Nita was born on February 15, 1924 in Watseka, Il., the daughter of Robert and Josephine (Gard) Myers. Nita was a 1943 graduate of Watseka High School where she played the drums and glockenspiel. She continued her education at Northwestern University. While there, she joined the Candy Stripers Organization, Alpha Gamma Delta, and was a cheerleader for the football team. In 1947, Nita graduated with a Sociology degree.

She married Charles R. Lose on April 1, 1948, and they moved to Lawrence, Ks., where Charles graduated with a degree in Accounting from KU. After he graduated, they moved to Peru where Charles (Bob) took a job with Marcona, an American Mining Company, located 15,000 ft. up in the Andes Mountains. They lived in the mining camps until they moved to San Juan, and Lima, Peru. While in Peru, they started their family, made many lifelong friends, and had many adventures.

In 1966, Charles and Nita moved their family to Salem, Mo. where she was a homemaker while her children were young. Later, she worked as a Teacher’s Aide for the Salem School District and then as a sales clerk at Botorff Furniture Company.

Nita always had a smile and an ease about her that people were drawn to. She made friends easily and enjoyed social outings with “the gang”. She also enjoyed knitting, reading, photography, and traveling.

After Charles passed away in 1985, she moved to Rolla, Mo. where she attended the Episcopal Church and later joined the Presbyterian Church. In 1995, Nita married Harry Allen from Fonthill, Ontario, Canada. Nita and Harry had known each other from living in the Andes Mountains in Peru and they were able to return to Peru several times to visit old friends. Harry passed away in 1998.

She was preceded in death by: her son, Bartley Gard Lose; husband, Charles Lose and second husband, Harry Allen.

Graveside services will be held at 11:00 a.m. Wednesday, November 4, 2020 at Hawthorn Memorial Gardens with the Reverend Dr. Monte Shinkle officiating.

In lieu of flowers, memorials are suggested to the Nita Allen Memorial Fund, https://gf.me/u/y65agu

To send flowers to the family or plant a tree in memory of Nita Allen, please visit our Heartfelt Sympathies Store.

Receive notifications about information and event scheduling for Nita

We encourage you to share your most beloved memories of Nita here, so that the family and other loved ones can always see it. You can upload cherished photographs, or share your favorite stories, and can even comment on those shared by others.

Lisa Liou sent flowers to the family of Nita Allen.
Show you care by sending flowers

Posted Nov 02, 2020 at 09:31am
Nita brought laughter and joy to everyone who know her! Nita is greatly missed~~ from friends in Rolla, MO --Julie Clark, Lisa Liou, and many more. 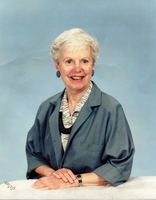