To share your memory on the wall of Norma Maier, sign in using one of the following options:

Norma was born August 13, 1931 in Jefferson City, Mo. the daughter of Walter and Freda (Boeger) Stollmeyer. She was married to Darwin Junior “D.J.” Maier and to this marriage her three children were born.

Norma graduated from Fulton High School in 1944 and shortly after took the Missouri Merit Examination. Over the years, she was employed as a secretary for the Missouri Department of Health, the Bureau of the Blind, and was a long time employee for the Department of Elementary and Secondary Education. During her career she was involved with the Central Missouri Educational Secretaries Association. After retiring from the state, Norma was employed with a law firm.

She was an active member of Central United Church of Christ where she enjoyed the fellowship of the Elenor Circle at Central Church.

Most importantly, family has always been the center of her life and she loved spending time with them. Norma was passionate about genealogy so she could learn more about her own family tree. She was even willing to help others explore their genealogy and thought of herself as a pioneer for learning about technology at her age. Norma also cherished time in her garden and was a lifetime member of the Central Missouri Master Gardeners. When she was younger, Norma was a seamstress who made many of her children’s clothes and quilts for family and friends.

She was preceded in death by her parents; one daughter, Leanna Jean Maier; and two sisters, Hilda Stollmeyer and Erna Anderson.

Funeral services will be conducted at 11:00 a.m. Thursday, October 10, 2019 in the Freeman Chapel with the Reverend Dr. Judith Scott officiating. Graveside services and interment will be held at Riverview Cemetery.

To send flowers to the family or plant a tree in memory of Norma A. Maier, please visit our Heartfelt Sympathies Store.

We encourage you to share your most beloved memories of Norma here, so that the family and other loved ones can always see it. You can upload cherished photographs, or share your favorite stories, and can even comment on those shared by others.

Posted Oct 14, 2019 at 07:22pm
I’m very sorry to see that Norma has passed. I met Norma about 24 years ago in the local Master Gardener program and have kept in touch with her. She was a witty, smart lady with a lot of interests. And she loved to chat. She gave me seeds from her beautiful pink poppies years ago. I always thought about her when they bloomed and mentioned her name when I shared seeds with others. May Norma continue to bloom.
Comment Share
Share via:
DK

Posted Oct 08, 2019 at 11:05pm
Norma Stollmeyer Maier blessed our lives for the last 20 years. As 3rd cousins, we share great, great grandfather patriarch Martin Adam Klick 1808 - 1881 who, with his wife Caroline Bock and nine children, emigrated from Germany to Missouri in 1858. Those nine children and their 104 children and spouses led to more than 1,400 in the Klick family tree. It was Norma who arranged a "second" Klick Reunion in 2000 in Hermann so our family could meet her and see Martin Adam's original homestead in Stolpe. Those at the reunion were honored to lead the worship service and sing the German song "Der Herr Weiss Zu Helfen" at St. John's Evangelical Reformed Church that Martin Adam and family helped build 140 years earlier. Norma introduced us to Marilyn Keller, Emma Klick Eikerman, Rita Goans & family, Verna Gillilan, Erna Anderson, Carl & Eunice Ploeger, and Brooksie Sue & Charlie Struemph. It was Norma who inspired and helped us with the first Klick Family History in 2002. She encouraged annual Missouri Klick gatherings (see picture of the 2014 Reunion) and introduced us to expert Klick genealogist June Vaughn and husband Ken Mengwasser, along with Mickey Allen, as we collaborated on the 2013-2014 Klick Family History. It is a tribute to Norma that, punctuated throughout this 250-page historical notebook, there are fun genealogical stories from "the old days" that Norma remembered or researched. She truly loved her family, roots and heritage. God bless, Dave & Kay Klick and family, Beaverton, Oregon dklick@sterling.net Cell & text 503.572.6526 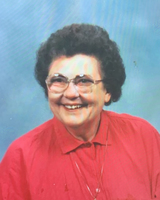 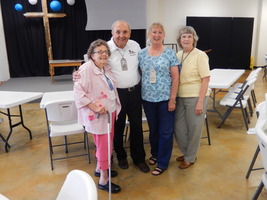