To share your memory on the wall of Owen Lunsford, sign in using one of the following options:

Owen graduated from Gorham High School in 1945. He then went on to serve in the Illinois National Guard.

In 1952, he began his career as a signal maintainer with the Missouri Pacific Railroad. He worked there for 36 years, retiring in 1988. In his retirement, Owen worked part-time with Freeman Mortuary for 25 years.

Owen was an avid St. Louis Cardinal fan, enjoyed going to the casino with his daughters, and having coffee with his friends. He had an outgoing personality and a willingness to help in whatever capacity was needed. Owen was a true friend that everyone loved to be around.

He was preceded in death by his parents; his loving wife of 59 years, Patsy; sister, Joanne Steffens; and brother, Harold Lunsford.

Masonic Services will be conducted at 12:00 Noon Saturday, March 20, 2021 under the auspices of the Jefferson Lodge No. 43, A.F. & A.M. A funeral service will immediately follow the Masonic Service with the Reverend Dr. Stephen Buchholz officiating. Graveside services and interment will be held at Hawthorn Memorial Gardens. Everyone is welcome to attend his services while following social distancing guidelines.

A webcast of the service will begin at 12:00 PM Saturday for friends that are not able to attend by going to the "photos and videos" tab of this page and scrolling down to the webcasting link. Please click the speaker icon to enable sound.

Those desiring may make memorial contributions to Hospice Compassus, 600 Monroe St., Suite 100, Jefferson City, Mo. 65101. Friends may mail sympathy cards to the funeral home or leave condolences online to be given to his family.

To send flowers to the family or plant a tree in memory of Owen "Junior" Lunsford Jr., please visit our Heartfelt Sympathies Store.

Receive notifications about information and event scheduling for Owen

We encourage you to share your most beloved memories of Owen here, so that the family and other loved ones can always see it. You can upload cherished photographs, or share your favorite stories, and can even comment on those shared by others.

Posted Mar 22, 2021 at 03:24pm
Junior was a Masonic Brother and a dear friend. We rode together to Chamois Lodge #185 meetings together for over 30 years. Those car rides were filled with Cardinal baseball talk, railroad stories, stories about Chamois family and friends, and on occasion some talk about politics (we were usually 100% in agreement on our political views). I am not sure I have ever met a more proficient Mason than Junior. His memory for Masonic ritual was unmatched. To say I am going to miss him would be an understatement.

Posted Mar 21, 2021 at 11:21pm
If there was a Masonic get-to-gether, Owen would be there! My sincere smpathy to the entire family! We,ll miss thaat contagious smile!
Walt Rottmann
Comment Share
Share via:
DB

Posted Mar 20, 2021 at 01:59pm
The service was wonderful. We pray it was a comfort to you and we wish we could have been there in person

Posted Mar 20, 2021 at 12:34pm
I worked on the Missouri Pacific and Union Pacific with Mr. Lunsford but in different departments and crafts,
He always had a nice smile and disposition to be around. R.I.P. Friend. 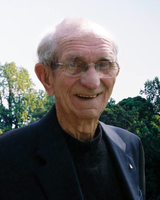 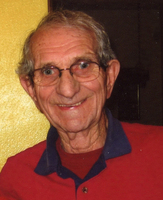 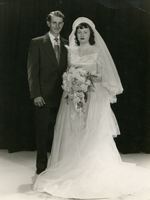