To share your memory on the wall of Pamela Cannon, sign in using one of the following options:

Provide comfort for the family of Pamela Cannon with a meaningful gesture of sympathy.

Pam was born March 1, 1957 in Jefferson City, Mo. a daughter of Herbert and Janice (Green) Bernskoetter.

A resident of Jefferson City the majority of her life, Pam was a 1975 graduate of Helias High School. She attended the University of Central Missouri in Warrensburg, Mo. and Columbia College in Jefferson City, Mo.

Pam was employed in various positions with the State of Missouri for almost 30 years. She began her professional career working as a legal secretary with the Attorney General’s Office and then worked as an administrative secretary with the Division of Family Services and later the Missouri State Employees’ Retirement System. Pam moved to Fenton, Mo. for nine years while she enjoyed working with the Division of Drug and Alcohol Abuse under the Department of Mental Health. She moved back to Jefferson City to be closer to family and retired from the State of Missouri in 2008 while she was working as a legislative assistant in the House of Representatives for State Representative Jim Whorton.

She was a member of the Catholic faith and attended services at several of the local parishes in Jefferson City, Mo.

Pam was an avid sports fan, especially cheering for her daughter when she played sports in high school and rooting for the Kansas City Chiefs and St. Louis Cardinals. She treasured playing rummy, going to the movies with friends, completing puzzles, playing bingo at annual area church picnics and never missed a show of “Wheel of Fortune”. In her younger years, she loved bowling and softball. Pam will be remembered for her generous spirit and always being there for her family; whether it was playing dolls with her granddaughter or attending any activities to support them. She cherished holidays with them and always went above and beyond to make them special.

She was preceded in death by her parents and husband, Terry Cannon.

Mass of Christian Burial will be at 11:00 a.m. Friday, January 4, 2019 at St. Martins Catholic Church with the Reverend Mark A. Porterfield officiating. Graveside services and interment will be held at Hawthorn Memorial Gardens.

In lieu of flowers, memorial contributions are suggested to the Susan G. Komen Breast Cancer Foundation.

To send flowers to the family or plant a tree in memory of Pamela S. Cannon, please visit our Heartfelt Sympathies Store.

Receive notifications about information and event scheduling for Pamela

We encourage you to share your most beloved memories of Pamela here, so that the family and other loved ones can always see it. You can upload cherished photographs, or share your favorite stories, and can even comment on those shared by others.

Posted Jan 03, 2019 at 09:29pm
I was saddened to hear the loss of Pam. I worked with her at The Missouri State Employees Retirement System. Pam was a wonderful person and I was proud to call her my friend.
Comment Share
Share via:
JO 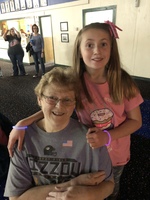 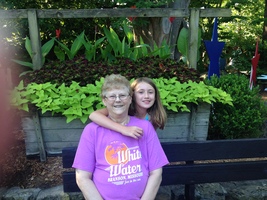 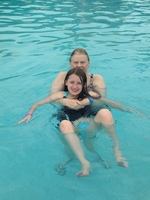 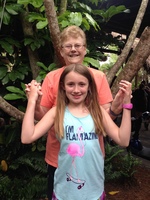