To share your memory on the wall of Patsy Reichard, sign in using one of the following options:

She was born May 13, 1951 in Jefferson City the youngest child of Floyd and Ruth (Surface) Wiggins.

She was born May 13, 1951 in Jefferson City the youngest child of Floyd and Ruth (Surface) Wiggins.

Patsy worked at Exchange Bank where she met James Reichard and the two were married June 2, 1973. She became a stay-at-home mother and eventually worked part-time at the Healthplex for a few years and later babysat her grandchildren.

In her younger years, Patsy played tennis at the country club and china painted with friends. She loved to shop and earned the title of “QVC Queen”. Patsy had a close relationship with her siblings and enjoyed family gatherings. She celebrated every holiday by lavishly decorating her home and baking special treats with her grandkids. She often picked them up from school, planned fun activities, and spoiled them rotten.

A Celebration of Life will be held at a later time.

To send flowers to the family or plant a tree in memory of Patsy Reichard (Wiggins), please visit our Heartfelt Sympathies Store.

Receive notifications about information and event scheduling for Patsy

Print
A Celebration of Life will be held at a later time.

We encourage you to share your most beloved memories of Patsy here, so that the family and other loved ones can always see it. You can upload cherished photographs, or share your favorite stories, and can even comment on those shared by others.

Posted Apr 17, 2021 at 07:36pm
When I think of Patsy I always remember when she was the Elf at Exchange National for Santa AKA Charlie Kolb.
Patsy was such a sweet coworker.
Comment Share
Share via: 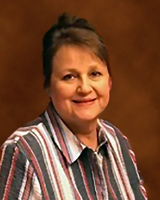