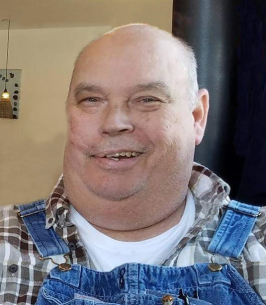 Paul was a 1969 graduate of Jefferson City High School. After graduation, he proudly served in the United States Air Force at the Davis Monthan Air Force Base in Tucson, Arizona as a Hydraulic Missile Maintenance Technician until he was honorably discharged in 1974.

Paul and Ruth moved back in central Missouri in 1978 and he began working as a welder with DeLong Steel for 13 years. He later worked for the Sheet Metal Workers Local #36 for over 25 years until ill health forced his retirement in 2009.

Paul enjoyed staying busy with work, family and visiting with friends. He enjoyed traveling to Europe and Japan to visit his daughter and the Alaskan Cruise he went on with Ruth. He loved living next to Kurtis and spending time daily with him.

He was preceded in death by his parents; his loving wife of 46 years, Ruth; and one sister-in-law, Veda Childress.

Funeral services will be conducted at 12:00 p.m. Tuesday August 30, 2022 in the Freeman Chapel with the Reverend Marion Mitchell officiating. Graveside service and interment with military honors will follow at Summit Memorial Park in Holts Summit, Mo.

A webcast of Paul’s service will begin at 12:00 p.m. Tuesday for friends that are not able to attend by going to the "photos and videos" tab of this page and scrolling down to the webcasting link.