Receive notifications about information and event scheduling for Paul

He was born on July 9, 1962 in Jefferson City, Mo., the son of Adolph and Margaret (Holliday) Hicks.

Paul had a healthy sense of humor and enjoyed making others laugh. He was known to tell a story or two and had a way of gripping everyone’s attention. The old saying “he never met a stranger” was absolutely true of Paul, he never forgot a face. Paul had a great memory and was everyone’s go to guy when they had a question concerning phone numbers or mathematics, his family loving referred to him as a walking phone book and calculator. He was also a true animal lover and adored his dogs. Paul was cherished by all who knew him and will be greatly missed by his family and friends.

A private memorial service for Paul will be held by his family at a later date.

To send flowers to the family or plant a tree in memory of Paul Hicks, please visit our Heartfelt Sympathies Store.

I am so sad to hear this and will be praying for him and the whole family. I keep thinking that we need to plan a Holliday family get together and another year passes by and we lose our beloved family. I have few but wonderful memories of playing with the cousins at Grandma Holliday's on summer Sundays. I hope everyone is doing well as the Marvin Holliday clan is.
Kathy Holliday Wildhaber
Comment | Share Posted May 04, 2020 at 09:41am via Condolence

Sorry for your loss. Paul was a great friend and new how to make people laugh. He always had a smile and new hiw to tell a joke. He will be missed. Gone but never forgotten always in our hart. Prayers for the family.
Comment | Share Posted Apr 08, 2020 at 09:38pm via Condolence

Provide comfort for the family of Paul Hicks with a meaningful gesture of sympathy. 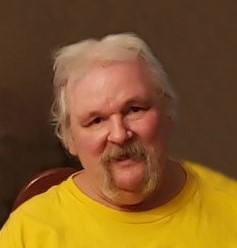 To share your memory on the wall of Paul Hicks, sign in using one of the following options:

Provide comfort for the family by sending flowers or planting a tree in memory of Paul Hicks.

Provide comfort for the family of Paul Hicks with a meaningful gesture of sympathy.