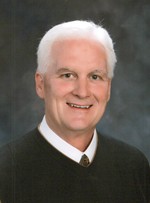 Jeff was born on November 27, 1961 in Jefferson City, MO, the youngest son of Paul H. and Carmen Lee (Yancey) Kolb. He was the father of three beautiful children who meant the world to him.

A lifelong resident of Jefferson City, Jeff attended Immaculate Conception Catholic School. Outside of the classroom, he was a talented speed skater. He went on to share his love of the ice with his children whom he ice skated with frequently after school and on the weekends. Jeff graduated from Helias High School in 1980 where he wrestled and played football. Jeff later went on to graduate from Missouri State University (formerly SMSU) in Springfield, MO where he earned a Bachelor of Science in Business Administration.

Jeff started his career selling insurance at his father’s company - Paul H. Kolb Insurance Agency and later spent the remainder of his career with Naught - Naught Insurance Agency. He had a true passion for real estate where he was involved with both residential and commercial properties. In this career he acquired a love for older homes and collecting antique furniture. Jeff also had an interest in buying and trading vehicles which led to many years of “flipping” cars.

Jeff was a member of the Knights of Columbus, the Lincoln University Blue Tiger Athletics Club and Immaculate Conception Church of Jefferson City.

Some of his favorite memories were at the Lake of the Ozarks where he grew up spending many action packed weekends with family and friends. He was an avid boater and skier and eventually mastered slalom skiing. He continued sharing his love of the lake with his children where some of their most treasured memories live.

Jeff found peace being outdoors. Barbequing was a frequent hobby of his. He cherished many years training bird dogs and escaping on numerous trips hunting for quail and pheasant. He never missed watching a Notre Dame Football game and always rooted on the Helias Crusaders and the Kansas City Chiefs.

His family and friends will remember his kindness, compassion and evergreen heart. His sense of humor that could lighten any room with laughs at an inappropriate joke will never be forgotten. They will forever miss his shenanigans and that sweet, yet ornery grin.

Jeff was preceded in death by his parents; and his brothers-in-law, Neil Teer and Henry Rieke.

A private memorial service will be conducted on Friday, October 2, 2020 in the Freeman Chapel with the Reverend I.C. Medina officiating.

A webcast of the funeral service will begin at 2:45 p.m. for friends and family to view. The livestream can be accessed by going to his memorial page on Freeman Mortuary’s website. Friends may mail sympathy cards to the funeral home or leave condolences online to be given to his family.