To share your memory on the wall of Pete Bruemmer, sign in using one of the following options:

Provide comfort for the family of Pete Bruemmer with a meaningful gesture of sympathy.

A lifelong resident of Jefferson City, Pete was a graduate of St. Peters High School.

Pete was employed as a printer by Modern Litho Printing for 48 years when he retired in 1995. He stayed busy in his retirement though and still worked part time with Modern Litho. He also enjoyed working for over 18 years with Exchange Bank overseeing their downtown parking lot.

Pete was an avid sports fan, especially cheering for the St. Louis Cardinals and Kansas City Chiefs. He treasured time spent traveling to spend time with his grandchildren and always cherished any pictures of his great-grandchildren. He enjoyed long drives in the country, visiting the Lake of the Ozarks, and attending the area country picnics. During his free time, he enjoyed hanging out at the Eagles Club and was known to spend some time at the CHN Tavern in his younger days.

He was preceded in death by his parents; his loving wife of 48 years, Betty; his daughter, Patty Bruemmer; a sister, Betty Beckham; and a brother, Robert “Bob” Bruemmer.

Funeral services will be conducted at 11:00 a.m. Wednesday, March 13, 2019 in the Freeman Chapel with the Reverend Dean Waters officiating. Private graveside services and interment will be held at Resurrection Cemetery.

We encourage you to share your most beloved memories of Pete here, so that the family and other loved ones can always see it. You can upload cherished photographs, or share your favorite stories, and can even comment on those shared by others. 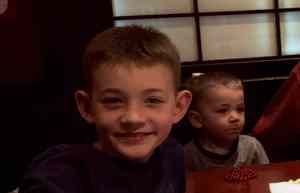