To share your memory on the wall of Phyllis Wilson, sign in using one of the following options:

Provide comfort for the family of Phyllis Wilson with a meaningful gesture of sympathy.

She was born on March 6, 1936 in Lohman, Mo., the daughter of J. Lee and Lena Mae (Teel) Hoskins. She was married to Ben Findley and her daughter was born from this marriage. She was later married on May 6, 1973 in Jefferson City, Mo. to Charles “Butch” Wilson who preceded her in death on January 5, 1993.

A lifelong resident of the Jefferson City area, Phyllis was a 1954 graduate of Jefferson City High School and attended Southwest Baptist University in Bolivar, Mo.

Phyllis was the co-owner of Wilson Foods with her husband, Butch, until their retirement. She had previously worked for Simpson Tobacco Co. for over 20 years and part time for Creatively Yours during her retirement.

She was a strong woman of faith and cherished her involvement as a charter member of Memorial Baptist Church. She participated in the church choir and experienced a mission trip to Haiti with her husband.

Phyllis will be remembered for her giving heart and was dedicated to helping others. She was always there to support others in so many ways when they needed it. That may have been by giving of her time, showing a smile, a friendly conversation, or just making family and friends feel special. She truly enjoyed spending the majority of her day assisting others in so many ways and it came from her selfless personality.

Most of all, Phyllis loved spending time with her family and her grandchildren were the light of her life. Some of her favorite times were Sunday lunches with family after church or her weekly breakfast with her brother. She had a passion for life and always enjoyed every moment. That passion made her feel like a grandma to so many.

She was preceded in death by her parents; two brothers, Norse Hoskins and Austin Hoskins; and two grandsons, Jason Boss and Justin Roller.

A funeral service will be conducted at 11:30 am Friday, January 10, 2020 at the Memorial Baptist Church with the Reverend David Newton officiating. Graveside services and interment will be held at Hawthorn Memorial Gardens.

We encourage you to share your most beloved memories of Phyllis here, so that the family and other loved ones can always see it. You can upload cherished photographs, or share your favorite stories, and can even comment on those shared by others. 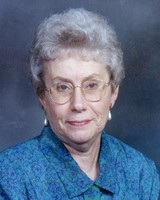