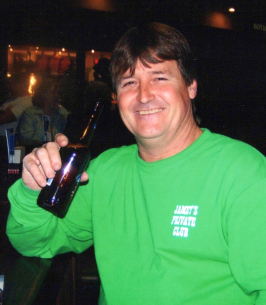 A lifelong resident of the central Missouri area, Randy worked as a union roofer with Roofers Local 20. Hard-working is an understatement to describe a man who devoted himself to a 30+ year career in roofing. It was hot, it was hard work and he was good at it. Through his long career, he worked on projects throughout the state and was employed with Weathercraft, Watkins Roofing and retired from Missouri Builders. For a few years, Randy owned and operated his own company, Ready Roofing. He possessed a strong work ethic and was rightfully proud of the work he did.

Randy was a man of many hobbies. He found peace in the outdoors. He enjoyed deer hunting, mushroom hunting and fishing with his daughters and grandkids. He looked forward to motorcycle rides on his Honda Gold Wing, which brought him much joy. His friends and family know very well the image of his big smile ripping from ear to ear when he rode. In his younger days, he enjoyed drag racing his Ford Falcon at the tracks in Wentzville, if it had wheels he could fix it or drive it fast. He was an award winning dart player and member of the Central Missouri Dart Association. He had a green thumb and grew the most incredible tomato plants this town has ever seen. He believed in loud music, having fun and being true to who he was.

He will be remembered for his carefree nature, his enthusiastic way of sharing his stories and that glimmer in his eye when he had a good idea. He was always a little ornery but in a way that made you love him more.

He was generous to a fault and his charming personality made it easy to like spending time with him. He never had a shortage of friends around. Randy was a man you didn’t forget and will be missed deeply forever by family and friends. The world lost a gentle and loving soul. He will always be missed, but his legacy lives on in the glimmer in the eyes of his daughters and grandkids.

He was preceded in death by his parents; his maternal grandmother, Elizabeth Jones, who Randy was close with; and a nephew, Richard “Ricky” Hunger III.

Food will be served around 1:00 PM, feel free to bring a side dish or dessert. This event will be
BYOB.

In lieu of flowers, memorial contributions are suggested to the Randy Hunger Memorial Fund by mailing all donations to P.O. Box 95, Jefferson City, Mo. 65102.