To share your memory on the wall of Randy Kemple, sign in using one of the following options:

Provide comfort for the family of Randy Kemple with a meaningful gesture of sympathy.

Randy was born on December 8, 1952 in Marshall, MO a son of Floyd Glenn and Mildred Ann (Maasen) Kemple. He was married on December 28, 1991 at Faith Lutheran Church in Jefferson City, MO to Stephanie L. Klatt.

He furthered his education after his military experience by getting his certification to work on diesel engines in Colorado and later received his associate’s degree in welding from Linn State Technical College. Randy was extremely talented at fixing anything put in front of him. With his caring nature, he was always willing to help a friend, neighbor or family member with their projects, without ever expecting anything in return.

Randy was employed for over 20 years with Mid-West Block and Brick as the manager of their Mid-America Insulation Department. He later worked as a contract manager with the Missouri Department of Conservation and was currently working at Environmental Engineering.

He loved being outdoors and tried to spend as much time as possible fishing and hunting. Randy developed those passions at an early age, growing up fishing on the Osage River. His two favorite fishing trips were to Canada with his father-in-law and the boys. He also was known around town for his barbeque skills and never turned down a chance to feed others. Randy was happy to volunteer his talents and time barbequing for community events to help raise money and awareness for the United Way through Heisinger Bluffs.

More than anything, Randy was a simple man and will be remembered for being the best husband, father, and grandpa. He was always there to take them to their favorite restaurant, attend his son’s Helias football games, love on his grandchildren, and head to the family farm for deer camp with them. He truly was happiest when supporting his family in their daily lives.

He was preceded in death by his parents, Glenn and Mildred Kemple.

Funeral services will be conducted at 1:00 p.m. Wednesday, October 30, 2019 in the Freeman Chapel with Chaplain Jim Mueller officiating. Graveside services and interment with military honors will be held at Resurrection Cemetery.

In lieu of flowers, memorial contributions are suggested to the United Way of Central Missouri or Heisinger Bluffs Benevolent Fund.

We encourage you to share your most beloved memories of Randy here, so that the family and other loved ones can always see it. You can upload cherished photographs, or share your favorite stories, and can even comment on those shared by others.

Guaranteed hand delivery by a local florist
TO

Posted Oct 29, 2019 at 02:09pm
Your family is in my thoughts and prayers at this sad time. Cherish all the happy memories. My deepest sympathy. Shirley Woehr
Comment Share
Share via:
JB

Posted Oct 28, 2019 at 06:05pm
Randy was always friendly and had a smile on his face! Always interested in how everyone was doing.

Our sincere condolences to all left behind. May his memory live within your hearts!

Posted Oct 28, 2019 at 01:10pm
We are so sorry for your loss. Our thoughts & prayers are with you all.
Rhonda (Berhorst), Jerry, Mason & Clara Scheible
Comment Share
Share via: 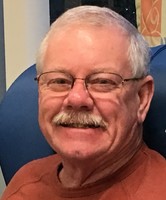