To share your memory on the wall of Randy Matney, sign in using one of the following options:

Provide comfort for the family of Randy Matney with a meaningful gesture of sympathy.

Print
Randy Neal Matney, 66, passed away peacefully at his home in Jefferson City on Monday, February 18, 2019. He was born on October 10, 1952 in Modesto, California to Robey Neal Matney and Anna Louise (Caruthers) Matney.

Growing up, Randy l... Read More
Randy Neal Matney, 66, passed away peacefully at his home in Jefferson City on Monday, February 18, 2019. He was born on October 10, 1952 in Modesto, California to Robey Neal Matney and Anna Louise (Caruthers) Matney.

Growing up, Randy learned the value of working hard from his father on their farm near Jamestown, Missouri. Randy was Valedictorian, Class President and Vice President of the Future Farmers of America organization and he won many awards in track while attending Jamestown High School.

Following High School, Randy worked with his father building homes. He was later employed at the Missouri State Penitentiary and ABB in Jefferson City. Randy also worked for Alvin Wunderlich at WW Construction for over 20 years. After Alvin's passing, he then was employed by Lawrence Thoenen Home Builders for 14 years.

Randy was proceeded in death by his parents. He is survived by his brother, Darren Matney and wife Bene, of Lebanon, Missouri; his beloved wife of 26 years, Robin Matney; step-son Jonathan Knatcal and wife Lydia, and two wonderful grandchildren, Paxton and Isaac, of Holts Summit; and brother-in-law Matt Owens and wife Kristi, and niece Andersyn, of Jefferson City.

Randy loved life and he loved God. Randy most loved spending time with wife Robin, Jonathan, family and their beloved pets. Family meant the world to him. He was a voracious reader and he enjoyed camping. Randy was especially passionate about building fast cars and motorcycles, always customizing them to their fullest potential.

Visitation will be conducted Friday, February 22, 2019, from 4 PM to 7 PM, at Freeman Mortuary in Jefferson City. A memorial service will be held at the Dry Fork Baptist Church in Guthrie, Missouri at a later date.

Randy and his family are forever grateful to the incredible doctors and nurses who cared for him so exceptionally these past couple of years. In lieu of flowers, memorials are suggested to the Randy Neal Matney Memorial Fund.
Read Less

To send flowers to the family or plant a tree in memory of Randy Neal Matney, please visit our Heartfelt Sympathies Store.

Receive notifications about information and event scheduling for Randy

We encourage you to share your most beloved memories of Randy here, so that the family and other loved ones can always see it. You can upload cherished photographs, or share your favorite stories, and can even comment on those shared by others.

On behalf of the Missouri State Highway Patrol, I offer our sincere condolences and sympathy for the passing of Randy. 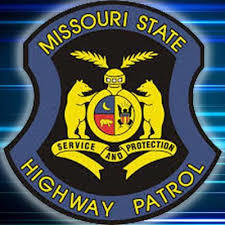 Posted Feb 21, 2019 at 09:39pm
Darren, Know I am holding you very close in thought and in prayer during this tremendously difficult time, due to the loss of your brother, Randy. As you travel through the dark days ahead, I pray you will recall the many treasured memories that you two shared. With Love and Sympathy.
Barbara L. Robinson
NurseRobinson@embarqmail.com
Comment Share
Share via:
VB 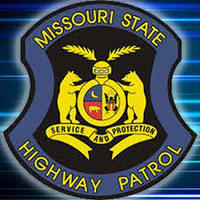