To share your memory on the wall of Rebecca Jolley, sign in using one of the following options:

Print
Rebecca Johnny Jolley went home to Jesus on November 2, 2019, at age 88, at the Baptist Home in Ironton, Missouri.

Johnny, as all her friends and family called her, was born to James Allen Monroe Bird and Nora Z. (Welcher) Bird on August... Read More
Rebecca Johnny Jolley went home to Jesus on November 2, 2019, at age 88, at the Baptist Home in Ironton, Missouri.

Johnny, as all her friends and family called her, was born to James Allen Monroe Bird and Nora Z. (Welcher) Bird on August 20, 1931 in Petit Jean Mountain, Arkansas.

In addition to being a dedicated, loving mother and grandmother, Johnny also loved attending church, reading and studying her Bible as well as cooking, knitting, needlepoint and working crossword puzzles. She gave her heart to Christ in 1950 at Bismarck First Baptist Church. She hosted many Bible studies in her home, as well as, taught Sunday School. Johnny was a mighty prayer warrior for many young women in her life. She was a member of Corner Stone Baptist Church, Jefferson City, MO.

Johnny graduated from Ricso High School in 1949. She completed all of her ground school qualifications for her pilots license in the 1960’s. In 1992 Johnny enrolled and completed Art classes at Lincoln University, Jefferson City.

She was employed by the Missouri Department of Tourism as a receptionist until her retirement in 2011. Prior to that she served as a waitress.

Johnny joins her parents, along with her five sisters Anna DuBois, Lucille Shaw, Imogene Babb, Mary Saunders and Frankie Pellicer, who have already made their way home to heaven.

Visitation will be held Saturday, November 9, from 10 a.m.-12 p.m. at Cornerstone Baptist Church, Jefferson City, MO. A celebration of Johnny’s life will begin at noon at the church. Interment will be in the Hawthorn Memorial Gardens, Jefferson City, MO.

In lieu of flowers, the family requests memorial contributions to the Baptist Home, Ironton, MO.

To send flowers to the family or plant a tree in memory of Rebecca "Johnny" Jolley, please visit our Heartfelt Sympathies Store.

We encourage you to share your most beloved memories of Rebecca here, so that the family and other loved ones can always see it. You can upload cherished photographs, or share your favorite stories, and can even comment on those shared by others.

Mylinda (Hopper) Vollet and Doris Hopper have sent flowers to the family of Rebecca "Johnny" Jolley.
Show you care by sending flowers

Posted Nov 07, 2019 at 09:28am
We loved her and will miss her. Alessa Brakman and family, Danyelle Dowling and Family, Doris Hopper, Junior and Dana Knight.

Posted Nov 05, 2019 at 04:35pm
Johnny was a very sweet lady. My thoughts and prayers to you, Janice, and your entire family.
Comment Share
Share via:
KR

Posted Nov 04, 2019 at 06:29pm
Janice & Family: Please accept my condolences during this difficult time. May God bring comfort and peace to you in the days ahead.
Comment Share
Share via:
KR

Posted Nov 04, 2019 at 06:27pm
Jackie & Family: Thinking of you during your time of loss. May Your faith in God bring you comfort and peace during this difficult time.
Kim Rieke
Comment Share
Share via: 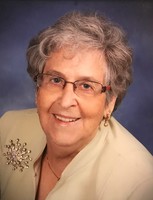