To share your memory on the wall of Rex Eighmey, sign in using one of the following options:

Rex was born on Au... Read More
Mr. Rex Richard Eighmey, age 72, peacefully left his earthly home and saw Jesus face-to-face on Sunday, December 20, 2020. He lived life robustly, never letting anything dampen his love for people and for life itself.

Rex was born on August 16, 1948 in Waterloo, Iowa, the son of Richard and Zelma LeBahn, raised by a loving aunt and uncle until he was adopted by Keith and Beth Eighmey, and moved to Phoenix, Arizona at age 5. Rex was married on September 6, 1980 in Jefferson City, Missouri to Carol Russell who survives at the home.

His adoptive mother, Beth, a school teacher, made sure he completed his formal studies, but Rex always said he learned everything he needed to know while shining shoes in his dad’s barbershop. He joined the United States Marine Corps during the Vietnam Era and, after a medical discharge, moved to Missouri and lived in Jefferson City the last 51 years of his life.

Rex’s natural congeniality served him well in a variety of sales positions, including many years in the insurance business and as a small business owner. Among his favorite pastimes was drinking coffee with other locals, and he always knew what was going on around town. For a time, he was an active bass fisherman and fished numerous tournaments at Lake of the Ozarks.

Later in life, he discovered a love for children, working in Cub Scouts and helping teach the four-year-old Sunday School class at Concord Baptist Church. Several young women who were team teachers with him or parents of his students became dear friends, and Rex’s long-lasting relationships with them were a special blessing.

As his friends and family were well aware, Rex loved to tell stories. This pastime became more precious after chronic illness limited his ability to travel, and he was blessed by many family members and friends coming to his home to visit and swap tales, even if the stories became more embellished with time!
Rex had a passion for gospel music, the Word, and his relationship with Jesus, often sharing his favorite Bible verse: “Thy Word have I hid in my heart, that I might not sin against Thee.” He certainly “never met a stranger” and was unfailingly interested in the lives of others, including nurses and techs who cared for him, sharing his faith with all.

He was preceded in death by his parents; one sister, Vicki Earp; and an infant child.

Visitation will be held at Concord Baptist Church from 12:00 p.m. until 1:30 p.m. Wednesday, December 23, 2020. The general public is welcome to attend the visitation while following social distancing guidelines and wearing a protective mask.

Funeral services with military honors will be conducted at 1:30 p.m. Wednesday, December 23, 2020 at Concord Baptist Church with the Reverend Dr. Monte Shinkle officiating. Private graveside services and interment will be held at Riverview Cemetery.

A webcast of Rex’s service will begin at 1:30 p.m. Wednesday for friends that are not able to attend by going to Concord Baptist Church’s website, https://concordjc.org/watch-live/. Friends may mail sympathy cards to the funeral home or leave condolences online to be given to his family.

To send flowers to the family or plant a tree in memory of Rex Eighmey, please visit our Heartfelt Sympathies Store.

Receive notifications about information and event scheduling for Rex

We encourage you to share your most beloved memories of Rex here, so that the family and other loved ones can always see it. You can upload cherished photographs, or share your favorite stories, and can even comment on those shared by others.

East Central Music Association, Kathy, Charles, and the gang in AZ!, and other have sent flowers to the family of Rex Eighmey.
Show you care by sending flowers

Posted Dec 23, 2020 at 12:28pm
So sorry to hear of Rex's passing, prayers for the family. I knew Rex when his son Rusty joined Troop 2 in late 90's I think. Rex supported the Troop and always had a good story. Rest in peace.
Comment Share
Share via:
RW

Posted Dec 23, 2020 at 01:58am
Carol, what a beautiful tribute to a life well lived! What a blessing to have our Christian faith to comfort us at these sad times. God's peace to you and your family. Rita
Comment Share
Share via:
EA

Posted Dec 22, 2020 at 04:12pm
Natalie, You and your family are in our thoughts and prayers during this difficult time.

Kathy, Charles, and the gang in AZ!

Posted Dec 22, 2020 at 02:00pm
This peace plant reminds us of the peace that you brought to so many of our family members with your love and humorous ways. RIP brother! Love from AZ

Kathy, Charles, and the gang in AZ! purchased flowers and planted a memorial tree for the family of Rex Eighmey. Send Flowers 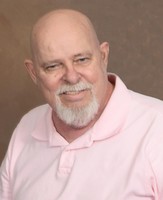 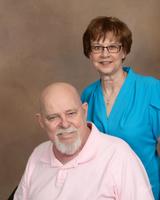 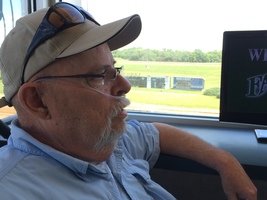 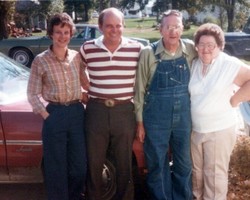