To share your memory on the wall of Rhonda Leeper, sign in using one of the following options:

Provide comfort for the family of Rhonda Leeper with a meaningful gesture of sympathy.

She was employed as the office manager of the outpatient surgery center at Jefferson City Medical Group for over fifteen years until her retirement in 2010. Previously, she was employed with Dr. Lentz’s Office and worked with the State of Missouri.

Rhonda was an extremely creative person and channeled that energy into crafts, scrapbooking and making necklaces and other types of jewelry with her mother. She found peace in being outdoors and walking through the woods geode and mushroom hunting. Rhonda had a soft spot in her heart for animals. Her dogs were like family and she had a gift for connecting with and riding horses. She also enjoyed watching old western shows and listening to music.

Most importantly, Rhonda cherished time with her family. Her loving personality and large smile could light up a room. Her favorite role in life was being a mother and grandmother.

Funeral services will be conducted at 1:30 p.m. Thursday, June 20, 2019 in the Freeman Chapel with celebrant Gara Loskill officiating. Graveside services and interment will be at Mt. Carmel Cemetery near Fulton, Mo.

We encourage you to share your most beloved memories of Rhonda here, so that the family and other loved ones can always see it. You can upload cherished photographs, or share your favorite stories, and can even comment on those shared by others. 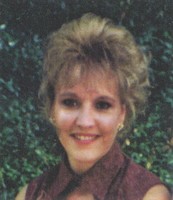