To share your memory on the wall of Richard Clardy, sign in using one of the following options:

He was born on November 8, 1933 in Holts Summit, the son of Thomas and Ma... Read More
Richard Leon Clardy, age 87 years, of Holts Summit, Mo., passed away Saturday, April 10, 2021 at Valley Park Residential Care in Holts Summit surrounded by family.

A lifelong resident of the Holts Summit area, Richard graduated from Jefferson City High School. He then went on to earn his degree from Jefferson City Jr. College. After graduation, he proudly served our country in the United States Army during the Korean War.

Richard was employed with Missouri Department of Transportation for 40 years as an engineer and steel inspector. He was proud of his ability to use his keen attention to detail to build bridges.

He was a man of faith, and was a lifelong member of Union Hill Baptist Church in Holts Summit. He was also a 50 plus year member of Masonic Lodge in New Bloomfield.

Richard was a meek, mild and gentle soul. He cherished time with his family and made them his first priority. Richard made it a point to attend and actively follow every event and celebration to cheer on his sons and grandchildren. He truly had a servant’s heart. Richard was an attentive and loving husband: always taking care of anything she asked without complaint. He showed his true nature as an amazing caregiver to his wife as she neared the end of her life. He was very intelligent, mechanically inclined and able to fix almost anything. Richard loved sports, especially football, Mizzou Basketball, and racing go-karts; a hobby that he and his son Troy bonded over. Richard’s pride and joy was taking care of the Clardy Property which has been in their family for four generations. He was dedicated to keeping his things looking nice, from his lawn to his vehicles, everything was perfectly manicured. Later in life, he enjoyed traveling with friends.

Richard was a respected hard worker and was a man of his word. He kept an even temperament in all things and was an incredible role model for his family. They will forever cherish the memories and stories he has blessed them with.

He was preceded in death by his parents and his loving wife of 55 years, Dorothy.

Visitation will be held from 4:00 p.m. until 7:00 p.m. Tuesday, April 13, 2021 at Union Hill Baptist Church in Holts Summit, Mo. The general public is welcome to attend the visitation while following social distancing guidelines. Please stay six feet apart and avoid close contact. Anyone is welcome and encouraged to wear personal masks or other personal protective equipment while in attendance.

Funeral services will be conducted at 10:00 a.m. on Wednesday, April 14, 2021 at Union Hill Baptist Church in Holts Summit, Mo. with Reverend Frank Whitney officiating. Graveside services and interment with military honors will be held at Hawthorn Memorial Gardens.

A webcast of the funeral service will begin at 10:00 a.m. on Wednesday, April 14, 2021 for family and friends to view by going to the “photos and videos” tab on this page and scrolling down to the webcasting link. Friends may mail sympathy cards to the funeral home to be given to his family.

In lieu of flowers, memorial contributions are suggested to Union Hill Baptist Church.

To send flowers to the family or plant a tree in memory of Richard Clardy, please visit our Heartfelt Sympathies Store.

Receive notifications about information and event scheduling for Richard

Brock Schmutzler, Elizabeth and Lexie Smith, and other have sent flowers to the family of Richard Clardy.
Show you care by sending flowers

Posted Apr 14, 2021 at 09:41am
Thinking of your family, Scott. You are so blessed to have had a good Dad and mentor. Peace and comfort
Comment Share
Share via:
MH

Posted Apr 14, 2021 at 09:01am
Praying for you. I have fond memories of Richard and Dorothy while growing up at Union Hill Baptist Church (UHBC). My dad, Russel,l served in Korea for a year during the war. I had so many great role models and mentors through the years in Holts Summit and Jeff City; in the schools (my mom, Betty Jean, had so many student and teacher connections)/Boy Scouts/and esp. at UHBC.
Charles (Chuck) Holt
Comment Share
Share via:
BS

Brock Schmutzler purchased the The FTD Comfort Planter for the family of Richard Clardy. Send Flowers

Elizabeth and Lexie Smith purchased the The FTD Comfort Planter and planted a memorial tree for the family of Richard Clardy. Send Flowers 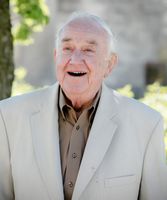