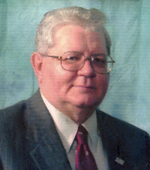 A lifelong resident of the Central Missouri area, Dick was a 1964 graduate of Helias Catholic High School. After graduation, Dick attended Lincoln University. He served in the United States Army during the Vietnam Conflict.

When Dick returned home from Vietnam, he started working for the United States Postal Service as a Mail Clerk. In 2002, Dick retired after 28 years of service.

Dick stayed very involved with his community. He was a member of the Veterans of Foreign Wars, the American Legion, and the Eagles. A man of faith, Dick was a member of St. Peter’s Catholic Church.

Dick was an avid sports fan, and enjoyed cheering on his favorite Missouri teams including the St. Louis Cardinals, the Kansas City Chiefs, MU Sports, and the former St. Louis Rams.

Dick was preceded in death by his parents; his wife; two sisters: Mary V. Schaeffer and Irma J. Verslues.

A private family service will be conducted.