To share your memory on the wall of Richard Gardner, sign in using one of the following options:

In 1994, Rick retired from Bryan’s Mobile Home Service. There he serviced and set mobile homes. During his working career, he also worked for Sunrise Gardens until 1984.

Rick found peace outdoors and could often be found fishing, hunting squirrels and rabbits, and taking his children and grandchildren gigging for frogs. Rick was a very talented woodworker. He built birdhouses, wishing wells, and playhouses for his grandchildren. Rick also enjoyed building trailers and restoring trucks. Rick loved traveling to Arizona and Mississippi, spending time with his aunts and uncles. Rick also enjoyed playing cards with family and friends.

Rick was an outspoken man, and he called it like he saw it. He had a unique sense of humor and you could trust anything that he told you. Rick would give the shirt off of his back to anyone.

Rick’s family holds onto many memories of Rick and he will be greatly missed.

Rick was preceded in death by: his parents; one sister, Rhonda Loveall; one brother, Michael Reed; an infant brother; and step-father: Sherrill Reed.

Visitation will be held on Friday, November 20, 2020 from 12:00 p.m. until 1:30 p.m. at Freeman Mortuary. Anyone is welcome and encouraged to wear personal masks or other personal protective equipment while in attendance.

Funeral services will be conducted at 1:30 p.m. Friday, November 20, 2020 at Freeman Mortuary with The Reverend Taylor Whitmore officiating. Graveside services and interment will be held at Lane Union Cemetery in Linn, Missouri.

A webcast of the funeral service will begin at 1:15 p.m. Friday for friends that are not able to attend by going to his memorial page on Freeman Mortuary’s website. Friends may mail sympathy cards to the funeral home or leave condolences online to be given to his family.

In lieu of flowers, memorial contributions are suggested to the Richard Gardner Memorial Fund.

To send flowers to the family or plant a tree in memory of Richard Doyle "Rick" Gardner, please visit our Heartfelt Sympathies Store.

Receive notifications about information and event scheduling for Richard

Posted Nov 13, 2020 at 09:24pm
I worked with rick at sunrise gardens and thought he was a decent ,hard working man who was fun to be with. Jack deekenki
Comment Share
Share via:
ES

Posted Nov 12, 2020 at 10:18am
Dad loved teaching his family how to drive , one of the funnest memories was when he was TRYING to teach grandma Audi to drive , and she said wheres the R for run and the S for stop on the gear shift , and when he was teaching Amanda to drive on the lawn mower and she had ran literally everything over in the yard !!
Sweet memories!!
Comment Share
Share via:
ES

Posted Nov 12, 2020 at 10:00am
Some of my fondest memories are when dad would take us gigging for frogs out on the farm.
This man LOVED to eat frog legs !!
Comment Share
Share via: 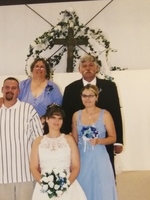 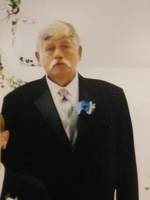 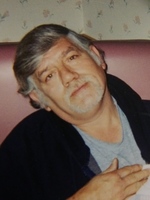 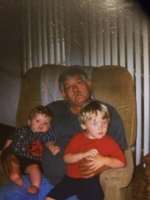