To share your memory on the wall of Richard Nilges, sign in using one of the following options:

Provide comfort for the family of Richard Nilges with a meaningful gesture of sympathy.

He was employed as a laborer in the construction industry for several years and later in maintenance with the State of Missouri.

Rick had a big personality and never met a stranger. He loved to crack jokes and gained the attention of a room just with his larger than life personality. He enjoyed music and was known to create his own, usually silly, lyrics or grab the hand of the nearest lady and command the dance floor when a tune came on. Rick liked watching NASCAR races, drinking beer and buying and selling trucks. He always wore a smile and was a loyal friend to many. Rick was loud, outgoing and jovial. He went by many nicknames over the years but his most cherished label was “Pappy”. His love for his family and friends was unmatched, Rick lived every day like it was a party and he was the life of it!

He was preceded in death by his parents and one brother, Jim Bledsoe.

Funeral services will be conducted at 10:00 a.m. Tuesday, September 10, 2019 in the Freeman Chapel with the Reverend Bob Nilges officiating. Interment will be at Hawthorn Memorial Gardens.

In lieu of flowers, memorial contributions are suggested to Richard Nilges Memorial Fund.

Posted Sep 10, 2019 at 10:29am
TO MY FRIEND I WILL ALWAYS CHERISH THE TIME WE ALL PARTIED DOWN THE WEEKEND OF THE PUMPKIN FESTIVAL...TERRY TURP JIM BLEDSOE WERE BELLY FLOPPING IN THE MUD HOLES....ALL ARE GONE BUT LIVE IN OUR STORIES AND MANY STORIES THERE ARE RICK A GOOD FRIEND FOR AS LONG AS I CAN REMEMBER LOVE YA MAN WILL MISS YA ......PEACE OUT
Comment Share
Share via:

Posted Sep 07, 2019 at 08:43pm
RICK WAS A GOOD FRIEND .ID ALWAY SEE HIM WHEN I WAS OUT FISHING HED BE OUT DRINKING( OF COURSE) AND HE WOULD STOP AN A TALK AWHILE.(A LONG WHILE) ALWAY HAD A GREAT TIME.WILL MISS HIM DEARLY BUT HES IN A BETTER PLACE.MY JIMMY AND RICK CAN HAVE FUN NOW. RIP RICK. LAURA TROUTMAN
Comment Share
Share via: 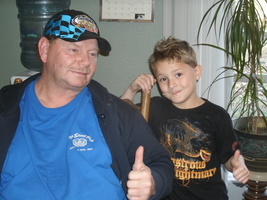 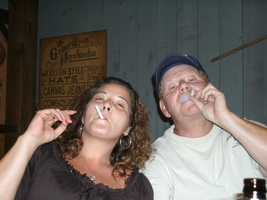 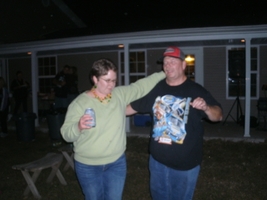