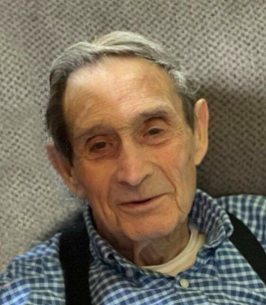 The Reverend Richard Edward Ward, age 87, of Jefferson City, Mo. passed away Wednesday, November 2, 2022 at his home surrounded by his loving family.

Richard was born on June 14, 1934 in McArthur, Ohio, the son of Raymond Edward and Helen Eugenia (Engles) Ward. He was married on March 21, 1955 in Richmond, Indiana to Margaret B. Rudd. She survives in the home.

Richard attended Primary school in McArthur, Ohio and went on to graduate from the Apostolic Bible College in Minnesota.

Over the years, Richard held various types of employment including, milk truck driver, insurance agent with Bankers Life Insurance and bus driver with the Special Learning Center, a position he truly cherished. Richards most notable role was that of Pastor of the United Pentecostal Church in Jefferson City. He served as Pastor there for over 47 years.

A lot of Richard’s hobbies centered around his faith. He spent a great deal of time at the church not only on Sunday mornings for church service but also for Bible studies and mentoring anyone in need of guidance. He was faithful in reading his Bible and enjoyed reading other faith-based books and listening to Christian music as well.

Having come from a large family, Richard valued his relationships with his children, grandchildren, great grandchildren and his nine siblings. He made it a point to visit his family in Ohio regularly. He was a great Dad and relished in spending time with “his girls”. He was incredibly giving of his time and resources and truly lived a life directed by God.

He was preceded in passing by his parents; four siblings, Gary Ward, Mary Ward, John Ward and Patricia Pearce; one niece, Sonia Ward; and his great grandson, Brendan Dow Iler.

Funeral services will immediately follow the visitation at 2:00 p.m. Monday, November 7, 2022 with the Reverend Gary Teague officiating. Graveside services and interment will be held at Hawthorn Memorial Gardens.

For those desiring, memorial contributions are suggested to the charity of the donor’s choice.