To share your memory on the wall of Rickie Stapp, sign in using one of the following options:

He was a 1973 graduate of Mansfield High School in Mansfield, Mo.

In his free time, Rickie enjoyed fishing, listening to music and watching game shows. He was an avid St. Louis Cardinals and Kansas City Chiefs Fan, and he loved being with family.

He was preceded in death by his parents and daughter, Shannon Allen.

Memorial service will be held at 11:00 a.m. Saturday, October 12, 2019 at the Corinth Baptist Church in Macomb, Mo. with the Reverend Melvin Stapp officiating.

In lieu of flowers, memorials are suggested to the Rickie Stapp Memorial Fund.

To send flowers to the family or plant a tree in memory of Rickie D. Stapp, please visit our Heartfelt Sympathies Store.

Print
Memorial service will be held at 11:00 a.m. Saturday, October 12, 2019 at the Corinth Baptist Church in Macomb, Mo. with the Reverend Melvin Stapp officiating.

We encourage you to share your most beloved memories of Rickie here, so that the family and other loved ones can always see it. You can upload cherished photographs, or share your favorite stories, and can even comment on those shared by others. 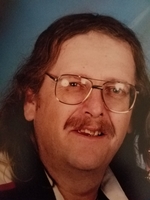