To share your memory on the wall of Rob Brown, sign in using one of the following options:

A lifelong resident of the central Missouri area, Rob was a 1969 graduate of Jefferson City High School. It was during Rob's freshman year in college that he met the love of his life, Betty, through her brother. After graduation, Rob attended Lincoln University, where he graduated with a Bachelor’s Degree in Agriculture in 1973.

Rob was involved in the Army ROTC Program at Lincoln University and continued his involvement in the United States Army Reserve for many years after he graduated. When he was honorably discharged from the Army Reserves, Rob obtained the rank of a Second Lieutenant.

He was employed for over 45 years under the State of Missouri with Employment Security and Workforce Development as a Computer Information Specialist. One of his largest responsibilities was a COBOL Programmer to help with their mainframe. He thoroughly enjoyed his job and even worked part time later in his career because he cherished the relationships with his coworkers, who he thought of as great friends.

Rob was a sports fanatic and always rooted for Missouri teams. He was a 42-year season ticket holder of the Jefferson City Jays Football team and loved watching them play through the years. His favorite color was red, and he proudly boasted his Jays gear, especially his red knee-high socks. He also cheered for the Mizzou Tigers, St. Louis Cardinals, and Kansas City Chiefs. Many memories for the family revolve around attending games to cheer on these teams. Rob was the co-founder, secretary, and helped coach at the Senior Babe Ruth Baseball Program. He was also the secretary at Mid-State Lanes for his bowling league that he played in years ago. Rob was a member of Trinity Lutheran Church and helped coach his children’s sports teams when they were younger.

Rob enjoyed time outdoors with family at their farm and lake cabin. He made sure to put aside Sunday’s to be with family and having that time to fish, boat, and tinker at the cabin. When Rob’s kids were younger, he and Betty made sure to have the best Halloween parties and give hayrides all over the family farm. As the family grew, Rob enjoyed spending time with his grandkids and family. He loved watching his grandson play sports and having family gatherings together. He enjoyed going on cruises with family and friends and meeting with friends on Sunday mornings for breakfast. During the Christmas season he enjoyed going to Branson and spending time with family. He will be remembered for his generous, considerate, caring heart and always putting his family first.

Rob was preceded in death by his parents; one granddaughter, Ava Brown in 2009; sister, Kristi Brown; brother, Kenny Brown; and numerous beloved dogs, including Jodie, Boomer and Ozzy.

Visitation will be held at Freeman Mortuary from 10:00 a.m. until 12:00 p.m. Wednesday, December 2, 2020. The general public is welcome to attend and anyone in attendance is required to wear a protective mask.

Funeral services will be conducted at 12:00 p.m. Wednesday, December 2, 2020 in the Freeman Chapel with the Reverend Don Fankhauser officiating. Graveside services and interment will be held at Hawthorn Memorial Gardens.

A webcast of the service can be viewed at 11:45 a.m. Wednesday for friends that are not able to attend by going to his memorial page on Freeman Mortuary’s website.

In lieu of flowers, memorial contributions are suggested to First Candle, 49 Locust Avenue, Suite 104, New Canaan, Ct. 06840. Friends may mail sympathy cards to the funeral home or leave condolences online to be given to his family.

To send flowers to the family or plant a tree in memory of Rob Brown, please visit our Heartfelt Sympathies Store.

Receive notifications about information and event scheduling for Rob

We encourage you to share your most beloved memories of Rob here, so that the family and other loved ones can always see it. You can upload cherished photographs, or share your favorite stories, and can even comment on those shared by others.

All your friends in the Division of Biological Sci, Your Brothers and Sister from Team Virtus, and other have sent flowers to the family of Rob Brown.
Show you care by sending flowers

Guaranteed hand delivery by a local florist
AS

All your friends in the Division of Biological Sci

Posted Dec 02, 2020 at 08:33am
Please accept our most heartfelt sympathies for your loss... Our thoughts are with you and your family during this difficult time.

All your friends in the Division of Biological Sci purchased the The FTD Comfort Planter for the family of Rob Brown. Send Flowers

Posted Dec 01, 2020 at 05:07pm
Wishing you peace to bring comfort, courage to face the days ahead and loving memories to forever hold in your hearts.

You have my deepest sympathies on your loss. I don't think I talked with Rob directly while he did work for the LMI shop, but he was a key player in getting anything computer-related to work. He was quick with the results, and his solutions were correct. He was a joy to work with and a great resource for our programs.
Comment Share
Share via:
YV

Your Brothers and Sister from Team Virtus

Your Brothers and Sister from Team Virtus purchased the The FTD Vibrant Sympathy Planter and planted a memorial tree for the family of Rob Brown. Send Flowers 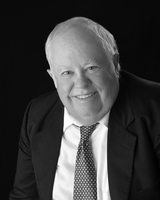 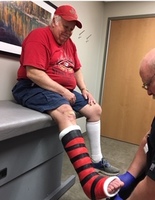 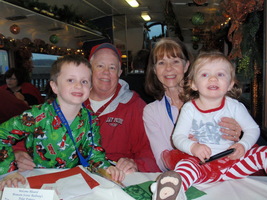 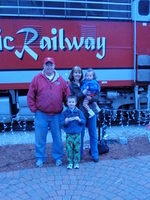