To share your memory on the wall of Robert Chiles, sign in using one of the following options:

Bob served in the United States Air Force from June 1955 until December 1958. He served in Texas, the Far East, Arkansas, and attended accounting school at Sheppard Air Force Base in Wichita Fall, Texas.

He was employed with City National Savings and Loan from 1962 until his retirement in 2000 as President, Managing Partner, and Member of the Board of Directors. He had served as Assistant Secretary, Corporate Secretary, Loan Officer, and Vice President.

He was preceded in death by: his parents; his step-mother, Earlene Chiles; and his brother, Bill Chiles.

Funeral services will be conducted at 1:00 p.m. Thursday, July 18, 2019 in the Freeman Chapel with the Reverend Bob Nilges officiating. Private gravesides services with military honors will be held at the Mokane Cemetery, Mokane, Mo.

To send flowers to the family or plant a tree in memory of Robert E. Chiles Sr., please visit our Heartfelt Sympathies Store.

The Schmitz Family and Jamie Dawson sent flowers to the family of Robert E. Chiles Sr.
Show you care by sending flowers

Posted Jul 17, 2019 at 04:18pm
Please accept our most heartfelt sympathies for your loss... Our thoughts are with you and your family during this difficult time.

The Schmitz Family purchased flowers for the family of Robert Chiles. Send Flowers

Posted Jul 17, 2019 at 09:00am
To the Chiles family: So sorry to read of Bob's passing. Bob was a vibrant leader in the Savings and Loan industry as well as in the Jefferson City Business community. His leadership and affable personality was respected and appreciated by many. Bob was the type of person that people enjoyed being around. He will be missed by those who knew him. WE are out of town and unfortunately will not be able to attend services. We send our sincere condolences in the loss of your loved one.

Posted Jul 15, 2019 at 06:49pm
To the entire Chiles family: Please accept our deepest heartfelt sympathy for Bob's passing. America thanks him for his brave service while in the U.S. Air Force. May he rest in God's loving arms forever. God Bless Us All.
Comment Share
Share via: 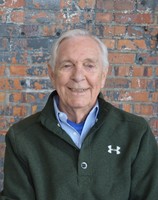