To share your memory on the wall of Roger Pierson, sign in using one of the following options:

He was born on June 26, 1933, in Long Beach, CA, son of Truman and Nora (Telgemeier) Pierson. His family moved from the St. Louis area to... Read More
Roger William Pierson, 87, of Holts Summit, MO, passed away peacefully on Sunday, December 6, 2020.

He was born on June 26, 1933, in Long Beach, CA, son of Truman and Nora (Telgemeier) Pierson. His family moved from the St. Louis area to California in the early 1930s. In March of 1933, a magnitude 6.4 earthquake hit southern California. Nora was pregnant with Roger at the time, and the earthquake scared Nora so badly, as soon as Roger was old enough to travel, they moved back to the St. Louis area.

At the age of seventeen, Roger enlisted in the United States Navy during the Korean War, serving as a Torpedoman on the USS Sigourney DD-643. After returning to civilian life, Roger began his 40 year career with Union Electric. He continued his employment with Union Electric until his retirement in 1994.

On September 11, 1954, Roger married Anna Louise Kopesky in Ferguson, MO. In 1969, he moved his family to the community of Troy, MO. It was there he purchased 100 acres with his brother-in-law, Albert Kopesky. Roger loved his farm and took great pride in maintaining its beauty. He lived in Troy for 30 years until the passing of his wife in 1998. A year later he would spend the next 21 years living in either Jefferson City or at the Lake of the Ozarks. He loved being near the water and watching the reflections of the moon and the clouds. As he got older, he moved to Holts Summit in 2018 which is the community he lived in until his passing.

He was preceded in death by his parents and siblings, Dorothy Mayers and Daniel Pierson.

Graveside services will be held at 10:00 AM Saturday, December 12, 2020 at the Augusta City Cemetery in Augusta, MO.

In lieu of flowers, memorials are suggested to the Dementia Society of America.

To send flowers to the family or plant a tree in memory of Roger Pierson, please visit our Heartfelt Sympathies Store.

Receive notifications about information and event scheduling for Roger

We encourage you to share your most beloved memories of Roger here, so that the family and other loved ones can always see it. You can upload cherished photographs, or share your favorite stories, and can even comment on those shared by others.

Posted Dec 15, 2020 at 07:10am
Roger was always so welcoming & kind...my first meeting with him was at his wedding as I served as the flower girl at his & Anna’s wedding. That wonderful memory stayed with me all these years...I can still picture them both. Linda, you have my deepest sympathy with the loss of your parents, but what wonderful parents they were, truly a blessing as they gave us you & set such a kind, peaceful example for all to admire.
Elaine Stamm Bastl
Comment Share
Share via:

Thank you Elaine. Did not realize you hadn't met dad prior to their wedding! Thank you for all your kind words.

Posted Dec 08, 2020 at 09:45pm
I am very sorry to hear about your dad. You and your family are in my prayers, Miss Linda. Robert Hall
Comment Share
Share via:
RW

Linda: we are all thinking of and praying for your family. Roger and Debbie Wink

Thank you Robert, Roger & Debbie for your thoughts and prayers. 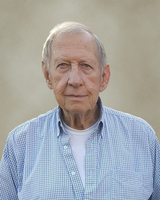 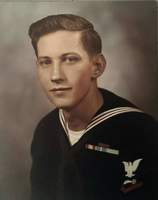 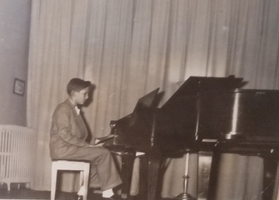