To share your memory on the wall of Ronald Hassler, sign in using one of the following options:

Provide comfort for the family of Ronald Hassler with a meaningful gesture of sympathy.

He was married on August 24, 1957 in Hernando, Mississippi to Joan M. Coleman who survives in the home. Joan was the center of Ron’s life and he showed his love for her by always putting her first in everything he did. He always said, “Whatever Mom wants,”.

A lifelong resident of the central Missouri area, Ron was a 1956 graduate of Linn High School in Linn, Mo.

He was employed with the Missouri Department of Conservation for thirty-six years prior to his retirement in 1995. He started working in the mail room and then worked his way to becoming a Draftsman by using his attention to detail and strong work ethic. He thoroughly enjoyed that work and retired as the Drafting Supervisor with the Conservation. Previously, Ron had been employed with the Oberman Manufacturing Company, which is where he met his wife.

Ron cherished his time with family and always supported them. No matter what the activity or event, he was always there coaching, cheering them on from the stands or being their own personal paparazzi. He loved being outdoors with them; especially camping, fishing, and hunting. He was the one that taught many of them to appreciate the outdoors. During his retirement, Ron and Joan traveled in their R.V. across the country. He was talented when it came to woodworking and prided himself in the furniture he made for family and friends.

Ron will be remembered for his strong work ethic, caring heart and integrity. He always strived for perfection in everything he did, saying, “if you ever have to say that’s good enough, it isn’t.”

He was preceded in death by his parents, five brothers, one sister, and one son-in-law, Chuck Noble.

Funeral services will be conducted at 10:00 a.m. Friday, January 18, 2019 in the Freeman Chapel with the Reverend Shane Crum officiating. Graveside services and entombment will be held in the Mausoleum of Resurrection Cemetery.

To send flowers to the family or plant a tree in memory of Ronald L. Hassler, please visit our Heartfelt Sympathies Store.

The staff at Midwest Title & Escrow and Thomas, Gavon, and Rebecca - CyTech Team have sent flowers to the family of Ronald L. Hassler.
Show you care by sending flowers

Posted Jan 22, 2019 at 01:06pm
Joan and family
We send our condolences at this sad time. May fond memories give you comfort.
Shirley and Lynn Hern
Comment Share
Share via:
N

Posted Jan 19, 2019 at 03:35pm
My condolences to Ronald's family. I hope your fond memories of him will give you a measure of comfort during this
difficult time. Prayer to God for comfort will also help. Pray for the strength to cope with your loss.
Psalm 46:1
Comment Share
Share via:
RP

Posted Jan 18, 2019 at 08:31pm
Sorry to learn of Ron's passing-Worked with him for many years!! He was a great employee for MDC. Prayers for the family!!!.
Comment Share
Share via:
TE

The staff at Midwest Title & Escrow

The staff at Midwest Title & Escrow purchased flowers for the family of Ronald Hassler. Send Flowers 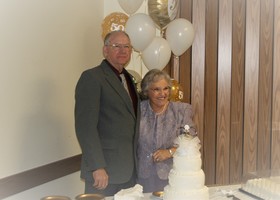