To share your memory on the wall of Ronald Irvin, sign in using one of the following options:

A lifelong resident of Jefferson City, Ron was a 1957 graduate of Helias High School.

Ron was a dedicated and talented craftsman. His mathematical and goal driven mind allowed him to teach himself the art of cabinet making. Ron’s attention to detail made his work second to none and he was dedicated to making sure every detail was executed with precision. He proudly owned and operated Ron Irvin Custom Cabinets for over 28 years.

Ron was a man of faith which shaped many of the principles he lived by. He was an active member at Immaculate Conception Catholic Church.

Ron was a committed provider for his family, often working multiple jobs to support them and ensure his wife’s ability to stay home to raise their girls. He took pride in keeping his property and home well-manicured. He was a hard worker and believed that if you were going to do something, you should put all your effort in to be sure it is done right. Ron loved the water and especially enjoyed trips to Destin, Fl. or the Lake of the Ozarks. He had an unmatched sense of humor and was very quick witted. He was always ready with a joke or a good comeback, a skill he exercised healthily even in his final days.

Ron was a selfless man with a helping heart, always lending a hand or giving to those in need. Ron was a respected man in all facets of his life. He was a reliable man of his word, genuine in every action, dedicated to those he loved and truly impacted the world in a positive way.

He was preceded in death by his parents; his loving wife of 50 years, Renee; and one brother, Richard Irvin.

A Mass of Christian Burial will be conducted at 10:00 am Tuesday, June 8, 2021 at Immaculate Conception Catholic Church with the Reverend Don Antwieler officiating. Committal service and entombment will follow Resurrection Cemetery.

In lieu of flowers, memorial contributions are suggested to Immaculate Conception Catholic Church or Hospice Compassus.

Funeral arrangements are under the direction of Freeman Mortuary
Read Less

To send flowers to the family or plant a tree in memory of Ronald Lee "Ron" Irvin, please visit our Heartfelt Sympathies Store.

Russell and Ann Runge and Kim Kohler sent flowers to the family of Ronald Lee "Ron" Irvin.
Show you care by sending flowers

Posted Jun 05, 2021 at 09:25am
Sending you love and prayers. Feel Gods arms wrapped around you during this time.

Russell and Ann Runge purchased the The FTD Living Spirit Dishgarden for the family of Ronald Irvin. Send Flowers

Kim Kohler purchased the The FTD Vibrant Sympathy Planter and planted a memorial tree for the family of Ronald Irvin. Send Flowers

Posted Jun 02, 2021 at 09:55am
Paige, I know how much you'll miss him even when you know he's happy in heaven. Our thoughts and prayers are with you and your family. 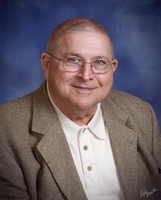 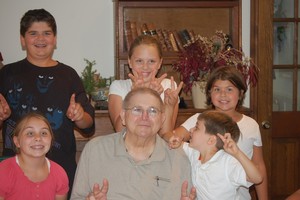 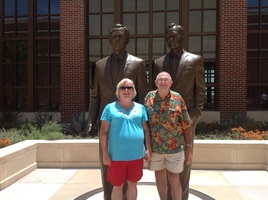