To share your memory on the wall of Ronnie Kay, sign in using one of the following options:

A lifelong resident of Jefferson City, Ronnie graduated from Jefferson City High School in 1978. After graduation, Ronnie began working for Tharp Lumber Company for over 20 years. He worked for Thurman Kempker during those years and enjoyed their relationship because he thought of Thurman as a father figure. He later went on to work for Wal-Mart for the next 21 years until ill health forced his retirement in May 2018.

He was a lifelong member of St. Peter Catholic Church.

Family has always been the most important area of Ronnie’s life and he cherished anytime spent with them. He always looked forward to Daytona racing parties, celebrating all holidays (Christmas was his favorite time of year) and watching certain television series with his daughter. He will be remembered for his wonderful sense of humor, caring nature and a remarkable loyalty to family, friends and co-workers. During any free time, Ronnie loved to fish, hunt and was an avid reader. He was passionate about cheering for the Kansas City Chiefs and thoroughly enjoyed watching them win the Super Bowl this month.

Ronnie was preceded in death by his parents; his maternal grandmother, Sarah Goeller, who he was extremely close with growing up; and his in-laws, Thomas and Lorice Shirley.

Visitation will be held at Freeman Mortuary from 4:00 p.m. until 7:00 p.m. Wednesday, February 19, 2020 with a prayer service held immediately before the visitation at 3:15 p.m. in the Freeman Chapel.

Mass of Christian Burial will be conducted at 10:00 a.m. Thursday, February 20, 2020 at St. Peter Catholic Church with the Reverend Jeremy Secrist officiating. Graveside service and interment will be held at Eugene Cemetery.

In lieu of flowers, memorial contributions are suggested to Hospice Compassus or the American Diabetes Association.

To send flowers to the family or plant a tree in memory of Ronnie Kay, please visit our Heartfelt Sympathies Store.

Receive notifications about information and event scheduling for Ronnie

We encourage you to share your most beloved memories of Ronnie here, so that the family and other loved ones can always see it. You can upload cherished photographs, or share your favorite stories, and can even comment on those shared by others.

Posted Feb 20, 2020 at 07:17am
Susie,
I am so sorry to hear that Ronnie passed away. I know it has been a long, hard road and I also know how hard the next few days and months will be. You are in my heart, mind and prayers. If you need anything any time day or night please call. I am always an understanding shoulder to cry on.
Lynn Denny
Comment Share
Share via:
HS

Posted Feb 17, 2020 at 03:33pm
Please accept our most heartfelt sympathies for your loss. Our thoughts & prayers are with you & your family during this difficult time.

Flowers were purchased for the family of Ronnie Kay. Send Flowers

Posted Feb 16, 2020 at 07:59pm
Steve, I was so sorry to learn of Ronnie’s passing. Holding your family up in thought and prayer.
Comment Share
Share via:
CS

Posted Feb 15, 2020 at 09:47pm
Susie, I am so sorry for your loss. The wonderful memories that you have, will help you thru this difficult time 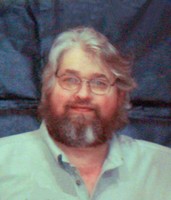