To share your memory on the wall of Royal Cooper, sign in using one of the following options:

Provide comfort for the family of Royal Cooper with a meaningful gesture of sympathy.

He was born August 3, 1929 in Kansas City, Kansas, the son of Herbert and Mildred (Owen... Read More
Royal O. Cooper, age 89, of Jefferson City, Mo., passed away Saturday, December 8, 2018, at home, surrounded by family and Zowie, his beloved Beagle.

Royal was a 1947 graduate of Nevada High School in Nevada, Mo. and was a 1955 graduate of the University of Missouri in Columbia with a bachelor’s degree in Public Administration.

He proudly served in the United States Army during the Korean War. He was a member of the Veterans of Foreign Wars, Basinger/Sone Memorial Post 1003; American Legion, Roscoe Enloe Post 5; and the Sons of the American Revolution.

Royal joined the Missouri State Medical Association in 1969 and retired as the Executive Vice President in 1994. Before his work as a lobbyist, Royal was a commodity broker and Missouri State Purchasing Agent from 1961 until 1965.

Royal was the first president of the Missouri Society of Association Executives and an honorary member of the University of Missouri – Columbia, School of Medicine, Medical Alumni Organization. He was a member of St. Peter Catholic Church and the Jefferson City Country Club.

Royal was an avid reader so he could be constantly learning about history, genealogy and the current trends of the stock market. He even volunteered with Capital Region Medical Center Foundation Investment Committee and was a lifelong member of the Capital Region’s Board of Governors.

During his retirement, Royal loved traveling all over the world and learning about different cultures. He was a fan of the theater and arts but more than anything, he cherished time with his friends and family. He could be found most mornings having breakfast with friends and giving them trouble with his gregarious personality. He also enjoyed gardening, watching western classic movies, and cooking.

He was preceded in death by his parents; his first wife, Deborah; and two brothers, Lee and Jack Cooper.

Visitation will be held at Freeman Mortuary from 5:00 p.m. until 7:00 p.m. Friday, December 14, 2018. A prayer service will be held immediately before the visitation at 4:15 p.m. Friday in the Freeman Chapel.

A Mass of Christian Burial will be conducted at 11:00 a.m. Saturday, December 15, 2018 at St. Peter Catholic Church with the Reverend Charles Pardee officiating. Graveside services and interment with military honors will be held at Riverview Cemetery.

To send flowers to the family or plant a tree in memory of Royal O. Cooper, please visit our Heartfelt Sympathies Store.

Receive notifications about information and event scheduling for Royal

We encourage you to share your most beloved memories of Royal here, so that the family and other loved ones can always see it. You can upload cherished photographs, or share your favorite stories, and can even comment on those shared by others.

Posted Dec 15, 2018 at 09:44am
Royal was a great friend. 25 years of breakfast together brought us close. He was a small man with a big heart, robust sense of humor and remarkable memory.
I will miss his daily 15 word emails and honor his memory with strong coffee at sunrise.
God’s peace is his.
Comment Share
Share via:
M

Posted Dec 12, 2018 at 09:26am
Dear Cooper Family,
I'm so sorry to hear of Royal's passing. He and my Father, Forrest Wallace were friends and I got the chance to work with Royal during his time with the Missouri State Medical Society. What a great and genuine person. Please know that you all are in my thoughts and prayers.
Comment Share
Share via:
JB

Posted Dec 11, 2018 at 05:23pm
Anna Maria & Family: Please accept our deepest heartfelt sympathy for Royal's passing. America thanks him for his brave service during the Korean War while serving in the U.S. Army. My mother (Wilda Bryan) always spoke very highly of you and Royal. May Royal rest in God's loving arms forever. Semper Fidelis.
Comment Share
Share via: 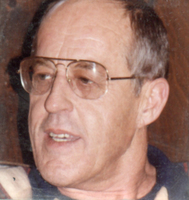 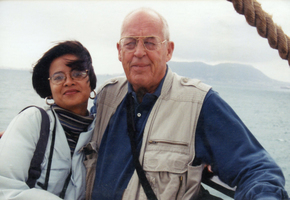 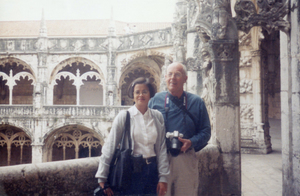