To share your memory on the wall of Russell Reed, sign in using one of the following options:

He was born on January 8, 1955 in Boonville, Mo. a son of Artie and Marian (Greis) Reed. He graduated from Boonville High School in 1973 and received a Bachelor of Science degree in Nursing from the University of Missouri in 1995.

Russell began his nursing career at University Hospital in Columbia until transferring to Capital Region Medical Center in Jefferson City. It was here that Russell worked for over 20 years, retiring in November 2019. Countless people, both his patients and co-workers, were positively impacted by Russell's medical skills and compassion.

He loved the outdoors, fishing and sitting on the banks of the Missouri River. Russell was an avid music fan, enjoyed playing guitar and in his younger years, traveling throughout the country. Russell was a gifted storyteller with a quick wit who shared many laughs with others throughout the years.

Survivors include: his mother, Marian Reed of Columbia; three brothers, Sam Reed (Barbara) of Oak Park, IL, Ken Reed (Debbie) of Columbia, and Lynn Reed (Laura) of Kansas City, MO; and several nieces and nephews. Russell had many friends who he also considered as part of his family.

He was proceeded in death by his father, Artie Reed.

Due to the COVID-19 pandemic, Russell’s memorial service has been postponed until further notice. Once his service times are confirmed, they will be published online at www.freemanmortuary.com

Friends may send condolences online or mail sympathy cards directly to Freeman Mortuary to be given to his family. You may choose to remember Russell with a memorial to the Missouri River Relief, P.O. Box 463 Columbia, MO 65205

To send flowers to the family or plant a tree in memory of Russell Alan Reed, please visit our Heartfelt Sympathies Store.

We encourage you to share your most beloved memories of Russell here, so that the family and other loved ones can always see it. You can upload cherished photographs, or share your favorite stories, and can even comment on those shared by others.

Posted Mar 19, 2020 at 08:07pm
Our condolences and prayers go out to your family.
So sorry to hear about Russell...Ed and Celia Humphreys
Comment Share
Share via:
RR

Posted Mar 15, 2020 at 10:38am
Loved working with Russell when I worked Intensive care , he was a great nurse many memories , he will be missed ❤️
Comment Share
Share via: 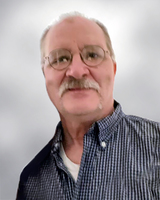