To share your memory on the wall of Scott Smith, sign in using one of the following options:

Scott was born March 3, 1957 in Jefferson City, Mo., the son of Jack E. and Jeannette A. (Glover) Smith. His mother later married Tom D. “Soupie” Smith who raised Scott from an early age and he considered Soupie his father.

Scott was married on May 18, 1984 in Montgomery City, Mo. to Sandra K. Womack who survives at the home.

A lifelong resident of the central Missouri area, Scott was a 1975 graduate of Jefferson City High School. After graduation, Scott attended the University of Missouri where he was a member of Kappa Alpha Fraternity and later transferred to Lincoln University to continue his studies in agriculture.

Scott possessed a strong work ethic and from an early age, helped his parents at their family business, Dix Nursery. After his schooling, Scott began working full time at the nursery and actively managed with his parents and brother, Kent, until they closed the business in 2012. Throughout those years, Scott and his family served and educated numerous businesses and individuals with their landscaping needs and cherished the lifelong relationships he made with their clients. After Dix Nursery closed, Scott began his own business, Scott Smith Landscaping and Lawn Care that he was currently operating.

A man of faith, Scott was a long-time member of Calvary Assembly of God.

Scott enjoyed staying busy with work, family and being outdoors. He cherished the many memories he made with his family and friends fishing and hunting for doves and pheasants. He was a member of the United Sportsman Club and enjoyed shooting guns at their range. His family took yearly trips to Daytona Beach, Florida and enjoyed deep-sea fishing off the coast. Throughout his life, his immediate and extended family loved spending time together at their cabin at the Lake of the Ozarks. They would all look forward to those times fishing, boating, engaging in watersports, setting off fireworks and just being around each other on the dock. He was an avid sports fan and supported several teams; the St. Louis Cardinals, the Kansas City Chiefs, the Mizzou Basketball Team, and also the Crimson Tide was near and dear to his heart.

Scott had a very good sense of humor and could make anyone laugh. He was a hard worker and enjoyed sharing the knowledge about life he had with others, especially his kids and their friends. Scott will be remembered for his contagious laugh, large smile, bright blue eyes and having a servant’s heart.

Scott was preceded in death by his parents and an uncle, Jim Glover.

Visitation will be held at Freeman Mortuary from 4:00 p.m. until 7:00 p.m. Tuesday, December 29, 2020. The general public is welcome to attend the visitation with protective masks being required by anyone in attendance.

Funeral services will be conducted at 11:00 a.m. Wednesday, December 30, 2020 in the Freeman Chapel with the Reverend Jeff Higbie officiating. Graveside services and interment will be held at Riverview Cemetery.

A webcast of Scott’s service will be available at 11:00 a.m. Wednesday for friends that are not able to attend by going to the "photos and videos" tab of this page and scrolling down to the webcasting link. Friends may mail sympathy cards to the funeral home or leave condolences online to be given to his family.

In lieu of flowers, memorial contributions are suggested to Calvary Assembly of God, 704 Rock Hill Road, Jefferson City, MO 65109 or to Scott Smith’s Medical Expense Fund to help offset some of his recent medical expenses by going to www.gofund.me/ead6b4d8.

To send flowers to the family or plant a tree in memory of Scott Smith, please visit our Heartfelt Sympathies Store.

Receive notifications about information and event scheduling for Scott

We encourage you to share your most beloved memories of Scott here, so that the family and other loved ones can always see it. You can upload cherished photographs, or share your favorite stories, and can even comment on those shared by others.

Posted Dec 31, 2020 at 11:39pm
Can’t I am so sorry to hear about your brother Scott he was a super nice guy I got to know him and his wife better as dental patients of mine when I was at Dr Tungesvik’s. He had all kinds of stories to tell about you lol! He was a super nice guy always said hi to Jim and I whenever we saw him out and about. You guys have our sympathy please let us know if we can do anything for you. Love you all.
The McIlwain’s
Debbie, Carrie and Katie
Comment Share
Share via:
AL

Posted Dec 30, 2020 at 07:38pm
Bob and I send our sympathies to Scott's family and friends. We enjoyed working with him at the garden center and always respected his friendship and camaraderie. We pray that our Lord will lift up your spirits through this difficult time. - Alice Longfellow and Bob Call
Comment Share
Share via:
RB

Posted Dec 30, 2020 at 01:38pm
Having grown up in Jeff City, I met Scott during my high school days at J.C. and we became good friends. We had lots of good times at Renns Lake back in those days. When I retired and moved back to Jeff City, Scott was the first friend to welcome my wife and me home. We had more good times deep sea fishing together last year.

COVID-19 took a great friend and a good man— a true son of JC MO. I will miss him, as I know everybody who knew him will. May God hold Sandy, Scotty, and Sally close during this very sad time. Rest In Peace, Scott.

Posted Dec 30, 2020 at 01:14pm
What a beautiful tribute Scott! I remember as a little girl going to Dix Nursery and seeing the family. And am blessed to say that years later we crossed paths again and got to share a few beers with the Smith brothers at the Water Tower on Sundays. He was a great guy and I feel blessed to have known him. My deepest sympathy to the entire Smith family!
Leslie Krieger Verslues
Comment Share
Share via:
LD 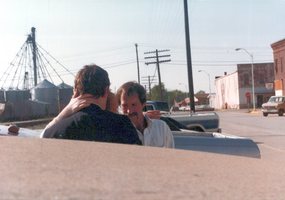 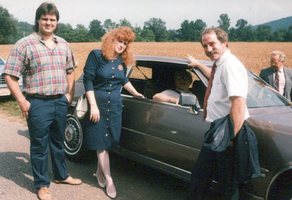 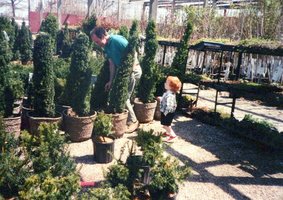