To share your memory on the wall of Sharon LePage Reser, sign in using one of the following options:

Sharon was born on July 16, 1947 in Jefferson City, Mo., the daughter of Monroe Conrad and Ida Elizabeth (Basinger) Mueller. A resident of the central Missouri area for the majority of her life, Sharon was a 1965 graduate of Jefferson City High School.

Sharon was married in 1965 to David D. LePage and to this marriage her two daughters were born. She later married Edward “Ed” Reser on January 16, 1996 in Breckenridge, Co. and he preceded her in death on October 28, 2015. For the past four years, Sharon has cherished the close relationship she had with Erwin “Sonny” Oetting, Jr. and loved him dearly.

She started her 37-year career in banking in Lexington, Mo in 1971 working at B&L Bank in their mortgage department for ten years. In 1982, Sharon moved back to Jefferson City and started working for Jefferson Bank where she began as a teller. Realizing quickly that she was a female without a college degree working in a dominant male industry at the time, she had to be smarter, stronger, and better than everyone else. From her strong work ethic and previous relationships in the residential mortgage industry, she was the first person to start residential lending at Jefferson Bank. She quickly had success and for the next 25 years put all her passion into building the residential loan department into something she considered extremely special. Sharon was a huge part of shattering the glass ceiling in Jefferson City. She had no problem being the boss, taking charge, and getting the job done. She will be remembered by almost everyone who worked with her as a ‘can do’ person. When Sharon asked for a favor, people would scramble to get it done. Not doing your job was not acceptable to Sharon. That, and wearing open toed shoes! She retired in 2009 as the Senior Vice President of Residential Lending. When she retired, she said “I will miss working with customers and helping them fulfill their dreams of owning a home.”

While Sharon was the ‘boss’ at work she certainly was a complete pushover (in the best way possible) to her family. Her girls, Cindy and Julie were number one topics out of her mouth until they had children. At that point Nana entered and what her grandkids wanted her grandkids received. There was not a person around that Sharon did not brag about her grandchildren to. Whatever her grandchildren loved became Nana’s newest favorite hobby from watching baseball, basketball, learning stats, going fishing, volleyball, soccer, discussing the stock market and dance recitals...Nana soon became the biggest fan of all of their activities. Not because she loved all those things, but because she loved them so very much.

One of her favorite times of year was Christmas. She loved watching everyone open presents and made each person go one at time and in order. As her family grew this became an almost all day affair. In her later years, Sharon and Sonny found a new Christmas enjoyment of randomly sharing a huge cash tip at a pre-selected restaurant or diner. They would spend time staking out the perfect place and person who would receive their yearly large tip after they enjoyed a meal together.

The last four years Sharon and Sonny have perfected the “Missouri triangle” traveling from Lexington, to the Lake Ozark and Jefferson City, spending 2-3 days at each place living out of suitcases and just being together. Over the last four years, Sharon, when at the Lake would ‘fish.’ She would tell anyone and everyone how much she loved it. Sharon’s version of fishing included a lot of doing on Sonny’s part. Sonny selected her favorite pole, baited the hook, and she would drop the line in her favorite hole that no one else was allowed to use. Once she caught the fish Sonny was responsible for the rest. It was truly the perfect relationship.

One of Sharon's favorite hobbies was to go gambling with her friends and daughters. Prior to the pandemic Sharon traveled to Vegas with her girls for mother/daughters trips. Before her girls were of gambling age she would travel with other family members to Vegas bringing back the best stories. At the time of this writing most are still unsure of the circumstances of a great aunt being left at an airport.

Sharon will be remembered for her good sense of humor, quick-wit, strong work ethic, and generous nature for those she loved. She was a true role model for her daughters as well as all women in the professional world with the values she showed as a woman in a male dominated business and the drive she possessed to succeed.

Sharon was preceded in death by her parents; her two husbands, Dave and Ed; and one sister, Bette Mueller.


Due to the pandemic, a private family service will be conducted Friday, March 12, 2021 in the Freeman Chapel with the Reverend Karen Taylor officiating. Graveside services and interment will follow at Riverview Cemetery.

A webcast of Sharon’s service will begin at 11:00 a.m. Friday, March 12, 2021 for extended family and friends that are not able to attend by going by going to the "photos and videos" tab of this page and scrolling down to the webcasting link. Please remember to enable the sound by clicking the speaker. Friends are encouraged to mail a memory of Sharon to the funeral home or leave a condolence through her memorial page to be shared with family the day of the service.

To send flowers to the family or plant a tree in memory of Sharon LePage Reser, please visit our Heartfelt Sympathies Store.

Receive notifications about information and event scheduling for Sharon

We encourage you to share your most beloved memories of Sharon here, so that the family and other loved ones can always see it. You can upload cherished photographs, or share your favorite stories, and can even comment on those shared by others.

Posted Mar 12, 2021 at 12:23pm
My condolences to Sharon’s family for this immense loss. She hired me in the mortgage department at Jeff Bank which was meant to be a temporary stop for me as I continued to look for a job in advertising. But because of Sharon, I fell in love with the mortgage industry. I considered her a mentor as took me under her wing and she is the reason I am still in the industry today and who I am in business today. She was a lioness in business!! She was an inspiration to women in business. I will never forget those lessons, her competitive nature, nor her refusal to take no for an answer.
Her generous nature with her employees was also unparalleled. During the housing crisis of 2008 we worked more hours than anyone can imagine and she fed us and took care of us so we could continue on. She was also so generous with her community. I became an avid volunteer in business because of her.
I will never forget her and will always appreciate her for the opportunities she gave me.
Comment Share
Share via:
AB

Posted Mar 10, 2021 at 04:00pm
For many years, dating back to when Julie and I first met in 7th grade, I was blessed to feel like (and to be treated like) one of Sharon's girls. I will miss her so very much and will continue to look for her all of the days forward. I am grateful for the many treasured memories and will never forget her amazing smile, those eyes that shined and her terrific giggle and laugh. Cindy & Julie, she was one of the very best. Thank you for sharing her with me. Love you both - LOTS!
Comment Share
Share via:
LM

Posted Mar 08, 2021 at 03:37pm
I am so sorry for your loss my prayers are with you and your family. Sharon was a beautiful lady inside and out. She was a very kind and loving person with a beautiful smile. I will miss her very much.
Comment Share
Share via:
HS

Flowers were purchased for the family of Sharon LePage Reser. Send Flowers 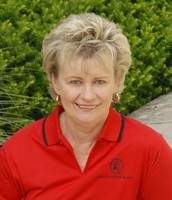 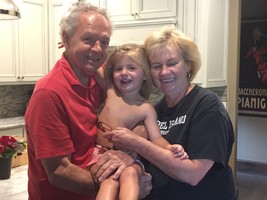 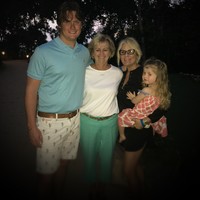 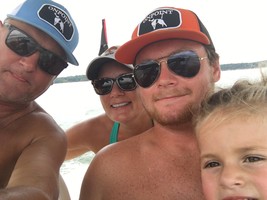