To share your memory on the wall of Shelly Culley, sign in using one of the following options:

A lifelong resident of the central Missouri area, Shelly was a 1980 graduate of Jefferson City High School. After high school, Shelly attended Merrell University, where she graduated with an Associate’s degree in Cosmetology.

Shelly spent several years as a hair stylist in Jefferson City. She was proud to work 26 years with numerous state agencies for the State of Missouri until her retirement in 2015.

She met Michael Haaf over twenty years ago and they have been inseparable since that time. She truly loved sharing the same hobbies as Michael and their winter trips together to Oklahoma and Arkansas to see friends and family.

From a young age, Shelly had a passion for riding and showing horses. From her talents and energy with horses she was able to win many ribbons and trophies. She loved animals in their entirety. After retirement, Shelly used her spare time to start collecting and reselling.

Shelly was preceded in death by her parents, C.W. “Bill” and Corine Culley; maternal grandparents, Guy and Elsie Lowe; and one brother, Scott Culley.

A private memorial service will be held with family.

To send flowers to the family or plant a tree in memory of Shelly K. Culley, please visit our Heartfelt Sympathies Store.

Receive notifications about information and event scheduling for Shelly

There are no events scheduled. You can still show your support by sending flowers directly to the family, or planting a memorial tree in memory of Shelly K. Culley.
Visit the Heartfelt Sympathies Store

We encourage you to share your most beloved memories of Shelly here, so that the family and other loved ones can always see it. You can upload cherished photographs, or share your favorite stories, and can even comment on those shared by others.

Posted Jul 30, 2020 at 11:21am
I am sorry to here about Shelley. She used to make me laugh so hard. Great sense of humor. Sorry for your loss, Mike.
Comment Share
Share via:
DB 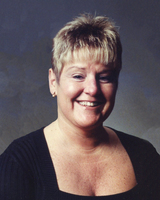