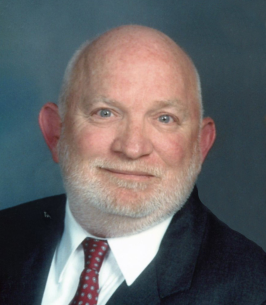 He was born on September 24, 1950 in Jefferson City, Mo. to Hubert Herman and Helen Henrietta (Grothoff) Bisges. He was married on January 7, 1995 at Immaculate Conception Catholic Church in Jefferson City to Carole Truby, who survives.

A lifelong resident of the central Missouri area, Stan was a 1968 graduate of Fatima High School in Westphalia. He continued his education at Lincoln University, earning his Bachelor’s Degree in Chemistry and Masters in Business Administration (MBA).

He was employed as a Medical Laboratory Technologist with St. Mary’s Health Center for 22 years and then with Capital Region Medical Center where he was a dedicated employee for over 28 years, retiring January 1, 2020.

He was a member of Immaculate Conception Catholic Church.

Family was one of the most important things in Stan’s life. He was the 2nd eldest of 10 siblings. Stan was a positive influence and involved in the lives of his younger brothers and sisters. As the years went on, he continued that role with his numerous nieces and nephews. When Stan met the love of his life, Carole, he became a husband, father and grandfather all at once; roles which he cherished. Stan was a Godfather to several children as well, for whom he was a special person in their lives. Proud to be part of a very large family, Stan researched his genealogy back many generations.

Stan loved playing cards and golfing. He spent a lot of time on the course at Meadow Lake Acres playing with family and friends. He was always willing to take a trip down to the Lake of the Ozarks for a day of fishing for Crappie or Catfish. Fishing was a skill and pastime Stan developed as a boy and he was always happy to take his younger siblings along and teach them. Stan and his wife, Carole, took annual vacations to Sanibel Island, Florida where they delighted in walking the shoreline in search of sea shells. Stan valued great conversation and loved to get into deep conversations about a variety of topics. He was a happy, caring and analytical man who will be greatly missed.

He was preceded in death by his parents, a sister-in-law, Edith Osburn (Cliff) and a niece, Lauren Southard.

A Mass of Christian Burial will be conducted at 10:30 a.m. Friday, May 13, 2022 at Immaculate Conception Catholic Church in Jefferson City with the Reverend Donald Antweiler officiating. An informal visitation will be held immediately following the Mass for family and friends to visit with Stan’s family.

Private graveside services and interment will be held at St. Margaret of Antioch Catholic Cemetery in Osage Bend, Mo.