To share your memory on the wall of Stephen Siebeneck, sign in using one of the following options:

Provide comfort for the family of Stephen Siebeneck with a meaningful gesture of sympathy.

A lifelong resident of the central Missouri area, Steve attended school at Immanuel Lutheran at Honey Creek. In his early years, he went to work on the family farm, running cattle and tending hay, and worked at the gravel plant on the Osage River.

He spent his professional career as an ironworker and was a member of the Ironworkers Local No. 396 Union for over 50 years until his retirement. He will be remembered for his hard work ethic on numerous projects throughout central Missouri. Even into his retirement, he would still be called to help with certain projects and he always loved being around the guys. He loved to “shoot the breeze” with the crew and usually never turned down a cold drink.

Steve was a member of Trinity Lutheran Church, where he and Donna were married.

He enjoyed hunting, fishing and spending time outdoors, especially running trot lines and frogging on the Osage River. He worked hard on the family farm, working with livestock and hay. Steve also had an amazing vegetable garden where he grew tomatoes, watermelon, green beans, corn and any other family requests to share with them. Some of his favorite memories were going to his grandchildren’s events, games and concerts.

Steve was preceded in death by his parents, Steve and Bertha Mueller Siebeneck, and one brother, Marvin Siebeneck.

A funeral service will be conducted at 11:30 am Monday, February 4, 2019 at Trinity Lutheran Church with the Reverend Samuel Powell officiating. Graveside services and interment will be held at the Immanuel Lutheran Cemetery at Honey Creek.

To send flowers to the family or plant a tree in memory of Stephen F. Siebeneck Sr., please visit our Heartfelt Sympathies Store.

Posted Feb 05, 2019 at 03:54pm
On behalf of Iron Workers Local 396 Please accept our condolences and sympathy. Our thoughts are with you and your family at this difficult time.
The Officers and Members of Local #396
Comment Share
Share via:
DM

Posted Feb 03, 2019 at 12:13pm
I have so many memories of our childhood together. I still remember you trying to teach me how to drive in your nice new Ford on the gravel road that went past our house; when the four of us kids played ball in the lot and the goose tried to attack me; you took me to some of the country dances. Those are just a few of my memories. Thank you for the good memories. I will miss you and you will always have a place in my heart. I love you. Blessings, Love, and Hugs to Donna and family. Darlene
Comment Share
Share via:
ST

Posted Feb 01, 2019 at 04:50pm
I am so sorry to hear about this. You don't always know what the people around you are going through. Much love and comfort to the family.♥️
Comment Share
Share via: 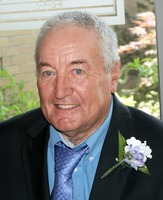 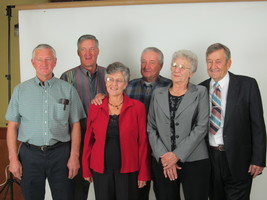 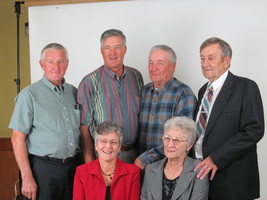 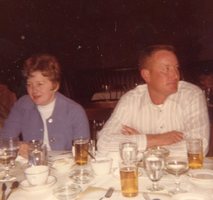