To share your memory on the wall of Stephen Williams, sign in using one of the following options:

Print
Mr. Stephen Linn Williams, age 64, of Tebbetts, Mo., passed away on Sunday, May 31, 2021 at Northwest Heath Hospital in Indiana.

A lifelong resident of the Central Missouri area, Steve was a 1974 graduate of Hickman High School. After graduation, Steve enlisted in the United States Navy where he worked as a medic from 1974 until 1978. When he returned to civilian life, Steve graduated from Lincoln University with a Bachelor’s degree in Business Administration and a minor in Computer Science/Information Technologies.

From the time his kids were young, Steve and his sons were very active in the community. He was passionate about being an integrated part of all activities his boys were involved in and even took it upon himself to include a few neighborhood kids as well. He was also a member of the Sunrise Optimist Club.

Steve loved exploring the world. He was in his element anytime he could load up the family and get behind the wheel to embark on a memorable road trip. Over the years, Steve was the voyage captain on family excursions all over the nation. He found solace in water of all types and was especially fond of trips to the ocean. He was calmed by the aroma of the salty sea, the sound of waves crashing against the shore and the feeling of sand under his feet. Steve had a keen sense of humor and found his value in other people’s happiness; his mission was truly to spread joy and improve the lives of other people. He enjoyed playing cards, going to swap meets, and hosting family BBQs. He had an unmatched work ethic, and many of the people who worked under him looked up to him as a role model. Steve liked watching sports, and he rarely missed watching a Cardinals, Kansas City Chiefs or Mizzou event.

If a book was written on how to be a great dad, Steve would be the author. He was simply the very best. When they were young, he coached his boys’ teams and became their cub scout leader. As they grew older and developed their own individual interests, Steve was committed to making sure they had the access and ability to follow the path they had chosen for themselves with dedication. He never judged or discouraged interests and went out of his way to show his support in anything his sons were passionate about. Steve’s loving, helpful, and accepting heart perfectly equipped him to play the role of “father figure” to far more than his two sons. His ripple effect reached much farther than he even knew himself. He believed in allowing kids the freedom to pave their own way while teaching them the tools they need to succeed and his boys, as well as many of their friends, are better men for having him in their corner.

Steve was preceded in death by his parents.

Visitation will be at Freeman Mortuary from 1:00 until 3:00 pm Sunday, June 6, 2021 with a Celebration of Life including military honors following at 3:00 pm in the Freeman Chapel. Family and friends are invited for a dinner at the North Jefferson City pavilion following the service.

A webcast of the service will begin at 3:00 pm Sunday for friends that are not able to attend by going to his memorial page on Freeman Mortuary’s website.

To send flowers to the family or plant a tree in memory of Stephen Linn "Steve" Williams, please visit our Heartfelt Sympathies Store.

Roger & Judy Grott, Kyle & Christina, and other have sent flowers to the family of Stephen Linn "Steve" Williams.
Show you care by sending flowers

Posted Jun 05, 2021 at 12:04pm
My deepest sympathies during this challenging time. I wish you peace, comfort, and grace.

The FTD Comfort Planter was purchased and planted a memorial tree for the family of Stephen Williams. Send Flowers

Posted Jun 04, 2021 at 02:39pm
To our beloved Work Dad: Words cannot express the happiness you brought into our lives. You will be dearly missed.

Posted Jun 03, 2021 at 07:11pm
We miss you Steve you are so kind with your messages during work time .
we miss your morning meetings with great voice
A gentle soul. My deepest condolences to Steve's family.
Comment Share
Share via: 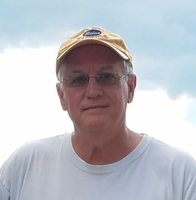 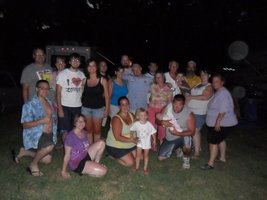 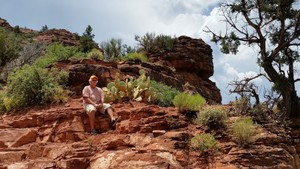 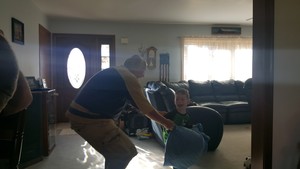