To share your memory on the wall of Steve Brennaman, sign in using one of the following options:

He was born on March 16, 1954 in Greenfield, Indiana, the son of Charles Claiborn Brennaman and Pau... Read More
Mr. Charles “Steve” Steven Brennaman, age 66, of Jefferson City, Mo., passed away on August 7, 2020, surrounded by his loving family.

He was born on March 16, 1954 in Greenfield, Indiana, the son of Charles Claiborn Brennaman and Pauline Iris (Clark) Brennaman. He was married on July 8, 1978 in Columbia, Mississippi to Barbara McLeod.

Steve graduated from Northeast High School in Macon, Georgia. After graduation, Steve enlisted into the United States Navy, where he was very proud to have served in the Atlantic and Mediterranean. Upon completion of his term of service, he enrolled in and graduated from Mercer University in Macon, Georgia allowing him to commission through the ROTC as an Officer in the United States Army. Serving overseas in Germany and later commanding a company and serving as battalion Executive Officer stateside, he achieved his Master’s from Troy University and his Jumpmaster status less than a year later.

After graduating Command and General Staff College, Steve wrote doctrine and taught ROTC for the Army until his retirement. He earned many decorations through his career including the Meritorious Service Medal, Army Commendation Medal, Army Achievement Medal, Overseas Service Ribbon, National Defense Service Medal, Army Service Ribbon, Master Parachutist Badge, and the Pathfinder Badge. On September 1, 1995, Steve retired from the United States Army at the rank of Major.

Steve started his second career in banking and finance immediately after retiring from the United States Army. He most recently spent the last 6 years as a Senior Portfolio Manager at Central Trust Bank in Jefferson City.

Steve was always very active in his community. He served as past President of the Jefferson City Public Schools Foundation, was active in Boy Scouts, and was an Elder of the First Presbyterian Church. Steve was also a member of Rotary West, and in 2019 he was the Rotarian of the Year.

Steve was preceded in death by his parents, Charles and Pauline Brennaman.

Visitation will be held on Wednesday, August 12, 2020 at First Presbyterian Church from 11:00 A.M. to 1:00 P.M. The public is welcome to attend while following social distancing guidelines. Personal masks will be required.

A memorial service will be conducted immediately following the visitation with the Reverend Angela Madden officiating.

A live stream link of the service will begin at 1:00 pm for friends that are not able to attend. Please visit https://livestream.com/fpcjcmo/events/9251647 or his memorial page on Freeman Mortuary’s website to access the live stream. Friends may mail sympathy cards or leave condolences online to be given to his family.

In lieu of flowers, memorial contributions are suggested to the First Presbyterian Church or the Jefferson City Public Schools Foundation.

To send flowers to the family or plant a tree in memory of Steve Brennaman, please visit our Heartfelt Sympathies Store.

Receive notifications about information and event scheduling for Steve

We encourage you to share your most beloved memories of Steve here, so that the family and other loved ones can always see it. You can upload cherished photographs, or share your favorite stories, and can even comment on those shared by others.

SACGC and Mike and Amy Rowell Coal City, Illinois sent flowers to the family of Steve Brennaman.
Show you care by sending flowers

SACGC purchased flowers and planted a memorial tree for the family of Steve Brennaman. Send Flowers

Posted Aug 12, 2020 at 11:44am
Steve was my Executive Officer in CSC 1/54 Inf and remained my friend for the next 40 years. Although we never served together again, we stayed in contact and were lucky to spend time together occasionally. Barbara and McLeod our thoughts are with you today. Stay in touch.
Comment Share
Share via:
WM

Posted Aug 11, 2020 at 06:16pm
Remembering Steve! A man with a strong vision, common sense and no BS, yet always in a gentle and humorous way! Always there to help a friend! Thanks!

Posted Aug 11, 2020 at 03:55pm
As a customer of Central Trust Co I am wanting to offer the family my sincere sympathy during this time of loss. I so appreciated Steve's professionism and kindness as he has helped me with my investments during the past several years. Steve was a very kind man and will be greatly missed. Betty
Comment Share
Share via:
BB

Posted Aug 11, 2020 at 10:38am
I am proud to have had the privilege to consider Steve my friend. To Barbara and McLeod, I offer my sincerest condolences. Steve was a complex man with a heart of gold. He would do anything for anyone, and those years we spent in Lancaster are filled with great memories of joy and laughter. My life is better for having had him be a part of it. Rest in peace my friend.
Comment Share
Share via: 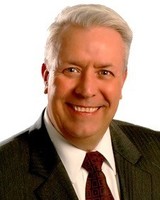