To share your memory on the wall of Steven Henderson, sign in using one of the following options:

Provide comfort for the family of Steven Henderson with a meaningful gesture of sympathy.

Print
Mr. Steven J. Henderson, 65, of Columbia, Mo., died Saturday, May 25, 2019 at the University Hospital surrounded by his family.

A lifelong resident of the Central Missouri area, Steve attended Trinity Lutheran School and was a 1971 graduate of Jefferson City High School.

Steve was a manager and trainer at various local gyms. He trained as a professional body builder for 20 years, winning The People’s Choice Award for best pose and set many world records. He traveled throughout the world to study different cuisines and cultures. His passion for food and healthy living, led him to pursue a career in food services.

He was employed with the Holiday Inn and later as a Chef with Hy-Vee in Columbia until ill health forced his retirement.

His love for self-help and motivational books, led him to create and publish his own book, Uncommon Sense, which he dedicated to his daughter. He was active in the community, volunteering his time with the Columbia Optimist Club. He participated in the annual chili cook off, winning several years in a row, to benefit the Boys and Girls Club.

To send flowers to the family or plant a tree in memory of Steven Henderson, please visit our Heartfelt Sympathies Store.

Receive notifications about information and event scheduling for Steven

We encourage you to share your most beloved memories of Steven here, so that the family and other loved ones can always see it. You can upload cherished photographs, or share your favorite stories, and can even comment on those shared by others.

Guaranteed hand delivery by a local florist
AS

Posted Jun 05, 2019 at 04:21pm
Viky, So sorry for your loss. I am thinking about you and your daughter. God Bless your family
Comment Share
Share via:
HS

The FTD Comfort Planter was purchased for the family of Steven Henderson. Send Flowers

Posted May 29, 2019 at 12:57pm
So sorry to hear this. Steve was quite the guy. I worked with him at Holiday Inn and always enjoyed seeing him at HyVee. God certainly has another angel .
Comment Share
Share via:
DL 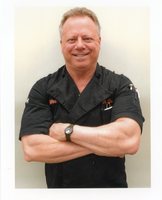