To share your memory on the wall of Sue Strong, sign in using one of the following options:

Sue attended Fairview Elementary School. She attended Jefferson City High School where among other activities she was a member of MEW sorority, the Rainbow Girls and the National Honor Society. When Sue graduated our country was fighting World War II. She landed a job at the News and Tribune and was soon pounding the streets of our fair city selling advertising. Her good friend, Mary Frances Holloway, was a reporter at the paper. The two had a longstanding argument: M. F. claimed people bought the paper to read the news. Sue insisted they bought it to read the ads. Until her passing, Sue read the paper from front to back, including every one of the want ads.

From her work downtown, Sue knew nearly everyone on High Street. When shopping with friends at the dress shops downtown, it would take the better part of the afternoon because Sue was forever running into someone she knew on the street or in the shops.

In 1945 Sue got reacquainted with a handsome young man, James R. Strong, who had returned from serving his country in the Navy. In fact, Jim and his brother, Bud Strong, were on the same ship in Pearl Harbor when it was attacked December 7, 1941. It was a match made in heaven and Sue and Jim were married. Jim had just opened a mill working business when Sue's mother gave her a little piece of advice before the wedding. "Quit your job," she said, "or you'll be working the rest of your life." Much to Jim's shock Sue did as her mother advised. Years later Jim laughed about that time. He said, "I didn't have 2 cents to rub together. She was making more money than I was and she ups and quits her job."

Raising her family was Sue's first priority but she found time for other activities. She and Jim were life long pillars of the First Presbyterian Church where Sue was active in the Women’s Association and a ruling Elder. Sue loved playing bridge and belonged to several bridge groups including a group she formed in high school. Sue was “at the tables” any chance she got. Another hobby of hers was going to the horse races. Sue and Jim went to Hot Springs in the spring. After Jim’s death she took her children every Spring to the races in Hot Springs, Arkansas. As the saying goes, you win some and you lose some. After one unsuccessful weekend of betting at the races, an ad appeared in the paper to call Sue for “guaranteed to please house cleaning service.” Sue finally figured it out after receiving several calls for her cleaning services. A couple of her pals on that trip played the joke on her.

She has been a stellar member of P.E.O. Chapter H.M. and recently received her fifty year pin. She truly exemplifies the 5 virtues of their emblem. She has always been a shining star.

She was also a member of The Tuesday Club; served as a Docent at the Missouri Governor’s Mansion; and she was a volunteer of many local charities and organizations.

She was preceded in death by her parents and her husband.

In lieu of flowers, memorial contributions are suggested to the Special Learning Center, the First Presbyterian Church, or the charity of the donor’s choice.

To send flowers to the family or plant a tree in memory of Sue Strong, please visit our Heartfelt Sympathies Store.

There are no events scheduled. You can still show your support by sending flowers directly to the family, or planting a memorial tree in memory of Sue Strong.
Visit the Heartfelt Sympathies Store

We encourage you to share your most beloved memories of Sue here, so that the family and other loved ones can always see it. You can upload cherished photographs, or share your favorite stories, and can even comment on those shared by others.

Lisa and Buffy, Alexandra Jalili & Zach Mobley, and others have sent flowers to the family of Sue Strong.
Show you care by sending flowers

Lisa and Buffy purchased flowers and planted a memorial tree for the family of Sue Strong. Send Flowers

Posted Nov 14, 2019 at 03:02pm
Sue was truly a terrific woman. She was one of a kind. We will cherish our memories of her. Sending you thoughts of comfort.

Posted Nov 14, 2019 at 11:45am
Sara, We are thinking of you and your family in this difficult time. We love you! Martha and Walter

Flowers were purchased for the family of Sue Strong. Send Flowers 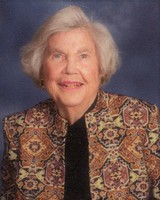 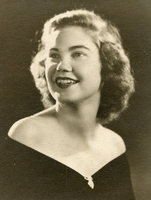 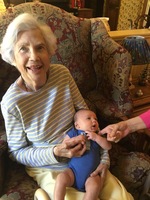