To share your memory on the wall of Susan DeGrace, sign in using one of the following options:

She was born on March 29, 1945 in Lilienfeld, Austria, the daughter of Eugene Raymond Szigety and Helen Barbara (... Read More
Mrs. Susanne Maria Szigety DeGrace, age 75, of Jefferson City, Mo., passed away on Saturday, September 5, 2020 at her home.

She was born on March 29, 1945 in Lilienfeld, Austria, the daughter of Eugene Raymond Szigety and Helen Barbara (Somogyvari) Szigety. She was married on September 3, 1975 in Kansas City, Mo. to Philip Anthony DeGrace, who preceded her in death on March 15, 1997.

Eugene and Helen started their journey to the United States of America when Susan was a young child. They lived in a refugee camp waiting passage to get to America. From the tender age of three years old, Susan was translating different languages in the camp, which lead to her fluency in seven different languages.

Susan started her career teaching language courses and also worked for a medical coding and billing agency. In 1975, she took on her favorite job. She became a mother to her pride and joy, Thomas. When Thomas was born, she left her job in billing and coding and became a homemaker. Making sure her family was well taken care of was her number one priority.

Susan loved nature and being outdoors. She enjoyed going on walks in the park and in the woods to look at the beautiful flowers, plants, and everything nature had to offer. She especially loved the peaceful sounds in nature. One of her favorite places to go to was the Lake of the Ozarks where she enjoyed swimming and kayaking. Susan was very talented with sewing and crafts, making as many things as she could. She had an amazing memory and a wealth of knowledge that she enjoyed sharing with others. Most of all, Susan cherished the time she spent with her family. Some of the fondest memories shared were playing board and card games together.

Susan will be remembered for her kind and gentle heart, but most of all, for always being present in everyone’s lives.

Susan was preceded in death by: her parents: Eugene and Helen; her husband: Philip DeGrace; and one brother-in-law: Web Foster.

Funeral services will be held at 1:00 PM Friday, September 11, 2020 in the chapel of the Mausoleum of Resurrection Cemetery with the Reverend Don Antweiler officiating. Interment will follow her service.

To send flowers to the family or plant a tree in memory of Susan DeGrace (Szigety), please visit our Heartfelt Sympathies Store.

Receive notifications about information and event scheduling for Susan

We encourage you to share your most beloved memories of Susan here, so that the family and other loved ones can always see it. You can upload cherished photographs, or share your favorite stories, and can even comment on those shared by others.

Posted Sep 09, 2020 at 02:56pm
Cecilia, our thoughts and prayers go out to you and all the (Szigety) family. Deb & Doug Sutton
Comment Share
Share via:
HS

Posted Sep 08, 2020 at 01:14pm
Susan, You were sure a beautiful loving person & will always be remembered in our hearts.Prayers and love to your family. Veronica and Foster Family

The FTD Deepest Sympathy Arrangement was purchased and planted a memorial tree for the family of Susan DeGrace. Send Flowers 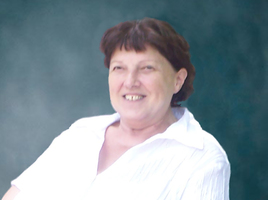 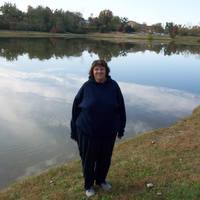 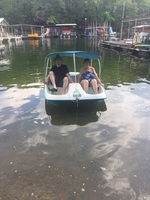