To share your memory on the wall of Tammy (Winget) Schmid, sign in using one of the following options:

Provide comfort for the family of Tammy (Winget) Schmid with a meaningful gesture of sympathy.

Tammy met Kenneth Houser while living in Jefferson City and they became inseparable. She cherished the time they spent together and was thankful for the great memories they had together. Some of her favorite times were on camping trips with him.

She enjoyed reading, completing puzzles, baking and antiquing with her friends. She looked forward to the yearly trips to the Gulf of Mexico because she loved relaxing on the beach.

Those desiring may make memorial contributions to the Tammy Schmid Memorial Fund.

To send flowers to the family or plant a tree in memory of Tammy L. (Winget) Schmid, please visit our Heartfelt Sympathies Store.

Receive notifications about information and event scheduling for Tammy

There are no events scheduled. You can still show your support by sending flowers directly to the family, or planting a memorial tree in memory of Tammy L. (Winget) Schmid.
Visit the Heartfelt Sympathies Store

We encourage you to share your most beloved memories of Tammy here, so that the family and other loved ones can always see it. You can upload cherished photographs, or share your favorite stories, and can even comment on those shared by others.

Posted Mar 02, 2019 at 01:11pm
I would like to express my deepest sympathy to each of you for your loss. Please take comfort in knowing that our heavenly Father feels the pain that you are going through.  He gives us comfort and hope. He comforts us by being closed to the brokenhearted. He gives us hope by means of assuring us that he is going to restore life to many who have fallen asleep in death.

Posted Feb 22, 2019 at 02:23pm
Condolences from Jon And Crystal Childs we meet Tammy when she managed the gas station off the third exit in Holt's summit. She was a lovely and kind lady. Prayers to her entire family and friends.
Comment Share
Share via: 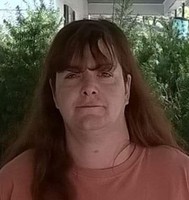