To share your memory on the wall of Tarren Jakobi, sign in using one of the following options:

Provide comfort for the family of Tarren Jakobi with a meaningful gesture of sympathy.

He was born March 18, 1992 on Galveston Island, Texas the son of Dietrich and Margo D. Jakobi.

He was born March 18, 1992 on Galveston Island, Texas the son of Dietrich and Margo D. Jakobi.

After being born in Texas, Tarren and his parents moved to the Lake of the Ozarks and later Jefferson City where he finished his schooling.

Tarren was employed at the Missouri Wildflower Nursery for the past few years and considered that team his work family. His main passion was being a wordsmith, writer, author, and budding performance artist. He was currently writing several different books and was a frequent collaborator with local artists. He was also an avid supporter and friend to the local music community in Jefferson City. Tarren had an uncompromising creative vision and was generous with people he knew and loved.

A friendship with Tarren embodied humor, honesty, wisdom and loyalty. Among Tarren’s many gifts, perhaps his most recognized was his ability to be present and have a listening ear. He cherished relationships above anything else and friends and family could always count on Tarren to be there for them. He was easy on the eyes, genuine of heart and simply unforgettable.

A reception and pot luck dinner to honor Tarren will start at 4:00 p.m. and continue throughout the evening on Monday, November 11, 2019 in the Banquet Room of Bone’s Restaurant. A time of sharing will begin at 7:00 p.m. Monday so please come with your stories, pictures and memories to share.

We encourage you to share your most beloved memories of Tarren here, so that the family and other loved ones can always see it. You can upload cherished photographs, or share your favorite stories, and can even comment on those shared by others. 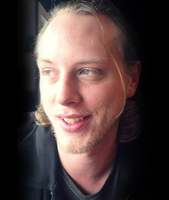