To share your memory on the wall of Terry Bradshaw, sign in using one of the following options:

Print
Terry Lee Bradshaw, age 70, of Jefferson City, MO passed away Saturday, May 9, 2020 at his home with his loving wife by his side.

He was born on September 4, 1949 in Jefferson City, MO, the son of John Bradshaw, Jr. and Betty Ann (Austee... Read More
Terry Lee Bradshaw, age 70, of Jefferson City, MO passed away Saturday, May 9, 2020 at his home with his loving wife by his side.

Terry was a 1968 graduate of Jefferson City High School. After high school, he proudly served his country in the United States Navy during the Vietnam War. During his time in service, he was stationed on the USS Neches, USS Zelima and the USS Ticonderoga.

Terry worked as the appliance manager for Montgomery Wards for 11 years before moving to Carmichael Motors, James Motors, and McKay Motors as the finance manager. He eventually retired from Joe Machens Capital City Ford (formerly Mike Kehoe Ford) after 37 years in the auto industry.

He was an active member of the Veterans of Foreign Wars and a past member of the Morning Optimist Club. He participated in a bowling league with many good friends over the years.

Terry loved Chiefs football and was even featured in a photo taken by ESPN as the first fan in the stands before the game. He also enjoyed golf and was able to be on the 18th green standing next to Tiger Woods’ mother and father when Tiger won his first Master’s Tournament. He spent his free time fishing, often in Branson on a family vacation, and was particularly fond of the memory of deep-sea fishing with his son and brother-in-law when they caught a 95 pound Tarpon. He also enjoyed vacations to Texas, NASCAR races, and good BBQ. But most of all, Terry enjoyed any time he was able to spend with his family and passing along his passions to his children and grandchildren.

Visitation will be held at Freeman Mortuary from 4:00 p.m. until 7:00 p.m. Thursday, May 14, 2020. The general public is welcome to attend the visitation while following social distancing guidelines.

Funeral services will be conducted at 10:30 a.m. Friday, May 15, 2020 in the Freeman Chapel with the Reverend Monsignor Robert Kurwicki officiating. Graveside services and interment with military honors will be held at Hawthorn Memorial Gardens.

A webcast of the funeral service will begin at 10:30 a.m. Friday for friends that are not able to attend by going to the "photos and videos" tab on his memorial page and scrolling down to the webstreaming link. Friends may mail sympathy cards to the funeral home or leave condolences online to be given to his family.

To send flowers to the family or plant a tree in memory of Terry L. Bradshaw, please visit our Heartfelt Sympathies Store.

Receive notifications about information and event scheduling for Terry

We encourage you to share your most beloved memories of Terry here, so that the family and other loved ones can always see it. You can upload cherished photographs, or share your favorite stories, and can even comment on those shared by others.

Devin and Lisa Smith, John and Marla Thomas and family, and other have sent flowers to the family of Terry L. Bradshaw.
Show you care by sending flowers

Posted May 15, 2020 at 12:29pm
Debby and family, sorry Kenny and I couldn't be there. But, know that we were with you in thoughts and prayers. It was a very nice funeral and Msgr. did an outstanding job. Know that we are here for you day or night
Comment Share
Share via:
JW

Posted May 15, 2020 at 10:27am
Terry and I were classmates in High School and good friends after that , If memory serves me right , I believe we double-dated for Terry and Debby's first date. To Debby and your family , my sincerest condolences for your loss
Comment Share
Share via:
PS

Posted May 14, 2020 at 12:35pm
Our sincere sympathy for your great loss to Debby and the family, especially Terry’s sister, Linda Muir.
Comment Share
Share via:
DS

Devin and Lisa Smith purchased flowers and planted a memorial tree for the family of Terry Bradshaw. Send Flowers

Posted May 13, 2020 at 12:15pm
To the Terry Bradshaw family:
Please accept our deepest heartfelt sympathy for Terry's passing. I dealt with him several times throughout the years & he was always a pleasure to deal with. May he rest in God's loving arms forever. God Bless Us All.
Comment Share
Share via: 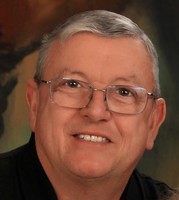