To share your memory on the wall of Tony Fritsch, sign in using one of the following options:

Print
Mr. Anthony Ross Fritsch, 82, of Jefferson City, Mo., passed peacefully at home with family by his side on Tuesday, April 7, 2020.

He was born on August 3, 1937 in St. Louis, a son Edward and Alice (Key) Fritsch. His family moved to Jefferson City where Tony graduated from Jefferson City High School, Jefferson City Junior College and Lincoln University.

Tony owned Varsity Promotions and was proud to be a local businessman and give back to his community. He was a member of the Knights of Columbus #1054 and the Fraternal Order of Eagles, Aerie 2693.

He was a loving, dedicated father to his children and grandchildren, and encouraged them in all of their endeavors. He was an avid sports fan often found listening to one game on the radio while watching another on tv. He and Judy loved music and dancing and enjoyed their condo at the lake of the Ozarks with family and friends.

Private family services will be held at the Mausoleum of Resurrection Cemetery.

To send flowers to the family or plant a tree in memory of Tony Fritsch, please visit our Heartfelt Sympathies Store.

Receive notifications about information and event scheduling for Tony

We encourage you to share your most beloved memories of Tony here, so that the family and other loved ones can always see it. You can upload cherished photographs, or share your favorite stories, and can even comment on those shared by others.

Posted Apr 13, 2020 at 04:12pm
My sympathy in your loss. I remember him well whilst growing up in JC. There were great times with many memories.

Posted Apr 13, 2020 at 04:07pm
To the Frisch Family,
I thought the world of your dad. We worked together at Data Comm back in the day. He was always the most kind and thoughtful person to be around and work with. He always loved to talk about his family. He will be greatly missed. May he rest in peace.

Posted Apr 11, 2020 at 01:02pm
As many are asking, our father did not want a funeral service. We are respecting his wishes and will have immediate family involved when we do have a very small private gathering when he is placed in his final resting place with mother at the cemetery (later this year). Thank you! The Fritsch Family.
Comment Share
Share via:
KG

Posted Apr 11, 2020 at 10:34am
Memory of my dad, aka Papa. My nan, Alice, bought a beautiful ring for my Grandfather Ed in 1948. It was handed down to my dad, Tony. I remember my dad wearing this ring every day, as long as I can remember. When my son Brady saw my dads ring, he asked Papa about it. (Brady was maybe 7). Papa said “someday this will be your ring Brady”. Years passed as Brady would sometimes mention the ring. Dad was going to give it to Brady when Brady was 16 but I said no, please wait until he is 18. Well, this Feb. 1st came and dad had asked for Brady’s hand. Here is what happened ....... (See Video) 🥰💞😘❤️ 2/1/2020. Happy 18th Birthday from Papa. What a WONDERFUL memory of Dad And his grandson. I’m SO glad I got this on video 🥰. Makes my heart smile. I love you so much dad. We all miss you tremendously. ~ Keelie (Buff)
Comment Share
Share via: 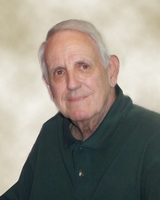 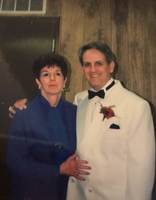 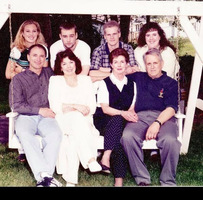 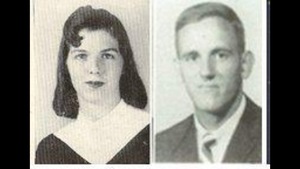