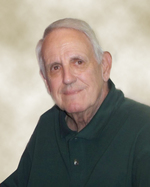 Mr. Anthony Ross Fritsch, 82, of Jefferson City, Mo., passed peacefully at home with family by his side on Tuesday, April 7, 2020.

He was born on August 3, 1937 in St. Louis, a son Edward and Alice (Key) Fritsch. His family moved to Jefferson City where Tony graduated from Jefferson City High School, Jefferson City Junior College and Lincoln University.

Tony owned Varsity Promotions and was proud to be a local businessman and give back to his community. He was a member of the Knights of Columbus #1054 and the Fraternal Order of Eagles, Aerie 2693.

He was a loving, dedicated father to his children and grandchildren, and encouraged them in all of their endeavors. He was an avid sports fan often found listening to one game on the radio while watching another on tv. He and Judy loved music and dancing and enjoyed their condo at the lake of the Ozarks with family and friends.

Private family services will be held at the Mausoleum of Resurrection Cemetery.