To share your memory on the wall of Vernon Walther, sign in using one of the following options:

Vernon was a Korean War Veteran in the United States Navy from 1951 until 1955, having served on the USS Los Angeles. He was a proud member of the US Navy Cruiser Sailor’s Association. After returning home, Vernon was employed with and retired form the Jefferson City Public Works Division.

Vernon was a prior member of Trinity Lutheran Church and a current member of St. John’s Lutheran Church, Schubert. He was also involved with the VFW Post 1003 and the American Legion Post #5. He was a charter member of Trinity Lutheran School Alumni, the New Bloomfield Cemetery Association, where he also served on the Board of Director’s as President and Vice President. Vernon was a self-taught musician and enjoyed singing in the choir of St. John’s Lutheran Church as well as playing the electric organ and harmonica. He loved visiting and sharing stories with his family.

Visitation will be held at Freeman Mortuary from 1:00 p.m. until 2:00 p.m. Thursday, February 11, 2021. The general public is welcome to attend the visitation and are required to wear personal masks as well as encouraged to follow social distancing guidelines.

Funeral services with military honors will be conducted at 2:00 p.m. Thursday, February 11, 2021 with The Reverend Gerald Scheperle officiating. Graveside services and interment will be held at Hawthorn Memorial Gardens.

A webcast of the funeral service will begin at 1:45 p.m. for friends to view by going to the “photos and videos” tab on this page and scrolling down to the webcasting link. Friends may mail sympathy cards to the funeral home or leave condolences online to be given to his family.

To send flowers to the family or plant a tree in memory of Vernon Adolph Walther, please visit our Heartfelt Sympathies Store.

Receive notifications about information and event scheduling for Vernon

We encourage you to share your most beloved memories of Vernon here, so that the family and other loved ones can always see it. You can upload cherished photographs, or share your favorite stories, and can even comment on those shared by others.

Posted Feb 11, 2021 at 04:07pm
To the entire Vernon Walther family:
Please accept our deepest heartfelt sympathy for Vernon's passing. America thanks him for his brave service during the Korean War while serving in the U.S. Navy. Semper Fidelis.
Comment Share
Share via:
GC

Posted Feb 10, 2021 at 01:09am
Our sincere condolences to his family. We so enjoyed seeing him every year at the Gray-Jones Reunion until this year when Covid 19 forced us to cancel it. He had many stories to share of his own family of origin, his naval service and of his marital family. He was a kind, gentle and loving gentleman and I was very happy to call him Uncle Vernon. He never failed to reciprocate our Christmas cards and letters himself and we always enjoyed reading his responses. He had been ill for a number of years but faced his decline with much strength of character. We will miss him and look forward to seeing him again in Heaven. The circumstances of his passing make us sad indeed but we are so very thankful to Betty and Jerry for having him join them in their home the past few years. We know they took very good care of him.
Comment Share
Share via: 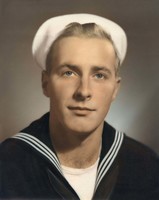 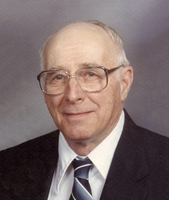